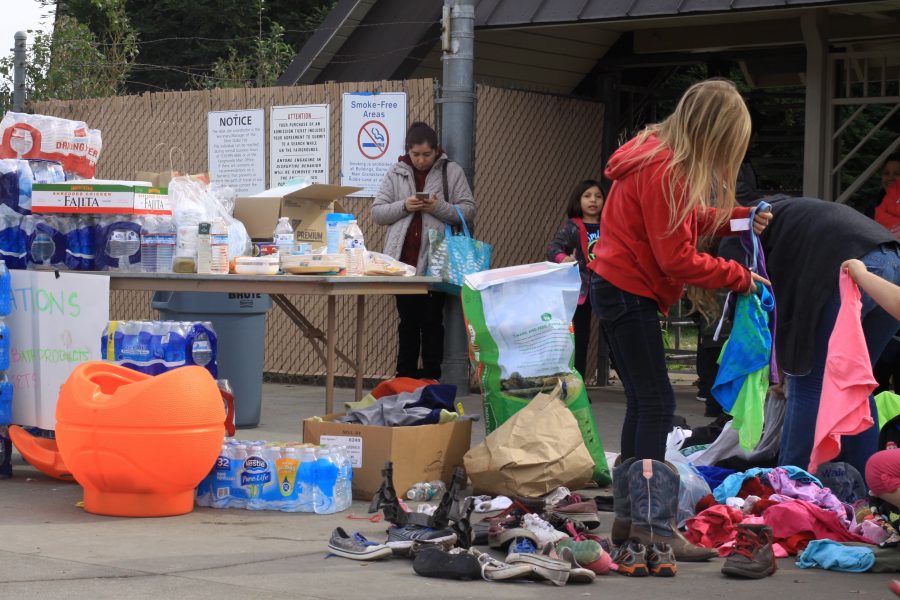 Caitlyn Richter remembers flashing notifications on her phone that read the Oroville Dam emergency spillway was going to fail within the hour. She was told it was going to fail. Not that it might.

An emergency evacuation of surrounding areas affected both students and faculty of Chico State. Professors resorted to cancelling their classes, while students had to miss class because of evacuation order-related issues. Residents of campus housing offered up their dorm rooms to friends who were forced to evacuate their homes.

Richter, a third-year public relations major, was unable to make it to campus on Monday and Tuesday because she had to evacuate from her home in Oroville. She missed class again on Thursday because her family was nervous that the forecasted rain could lead to another emergency evacuation order.

Although the Butte County Sheriff lifted the evacuation order on Feb. 14, residents still have their doubts about if the spillway will hold up during the upcoming rain storm.

“There are these horrible rumors going on in the evacuation Facebook groups. There was a rumor the spillway was going to fail again today,” Richter said.

“They kept spreading this photo around of the military who is supposedly coming to kick everybody out for two weeks,” Richter said. There was another rumor of this man posting photos saying that fixing of the spillway wasn’t going well so we don’t really know what to believe.”

Richter said that she thinks these rumors are having a negative impact on those that are affected by this situation.

“I’m still nervous,” Richter said. “Even here at school, I’m hearing rumors. A lot of the people spreading them don’t know what they are talking about. I recommend people look into the facts to prevent spreading these rumors. I hate to say it but people are kind of excited by the situation.”

“Even though this was a scary experience, overall it was beautiful to see how much everyone was willing to reach out,” Richter said.

Forrest Hartman, a journalism professor at Chico State and Oroville resident canceled his classes because of the evacuation order.

“I had to cancel Monday and Tuesday. If I was in Chico I suppose I would just have to stay there. I would be separated from my family but you do what you have to do,” Hartman said. “After two days I was juggling with what to do. I was thinking about the possibility of staying with my brother who lives in Chico. I would have to talk to my wife about what she would want to do, if she would come with me.”

Rainfall over the next seven days could total more than 12 inches.

At a news conference on Feb. 17, the California Department of Water Resources said the spillway should be able to handle the upcoming storm.

“I think there is still the concern that bad things can happen. I don’t think we’re out of the woods until the rain season is over. Who knows, we could have more big storms. The main spillway is still seriously damaged,” Hartman said.

“I have a bag packed in my car with sleeping gear, just in case something happens and I get stranded in Chico.”

Nicole Henson can be reached at [email protected] or @theorion_news on Twitter.