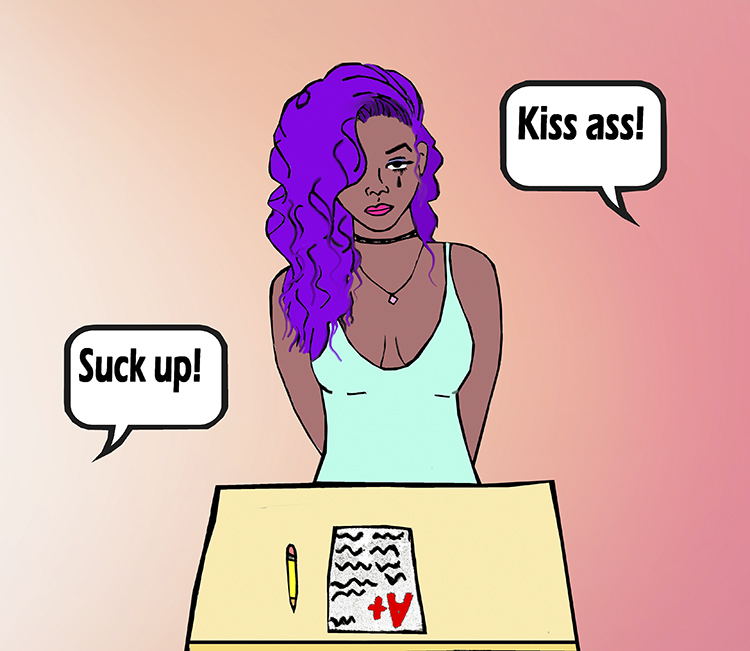 Our generation is fixated on posting our entire lives, except when it comes to actual things that matter, like learning.

Snapchat stories of every meal and complaining about 8 a.m. classes every other morning are usually the topics that consume people’s lives while in college. Rather than appreciating being at a university, most people would rather focus on their social crowds.

We gossip about the most recent one night stands and body count openly, yet we’re too embarrassed to raise our hand during a math lecture, even if we’re positive we know the answer.

The reason why we do this is because of pop culture. Journalism Professor Forrest Hartman says that pop culture, or culture in general, is difficult to define.

For his Popular Culture, Mass Media and American Values course, he defines it as “accessible to the masses and understood without extensive education.”

Throughout history, we’ve seen politics and pop culture intertwine. President Ronald Reagan started out in the public limelight as an actor before becoming the 40th president of the United States.

Now we are still seeing this with Donald Trump initially in the public eye for starring in the reality TV show The Apprentice.

With this in consideration, it would actually seem quite appropriate to look to celebrities for political views.

Willa Paskin addressed this issue in “What’s a celebrity to do in the age of Trump?” in Slate. Paskin discusses how we are in an era where celebrity’s actions influence our young-minded views in exquisite ways.

The Grammy’s award show served as a platform for performers like Katy Perry and Beyonce to display their political views.

We are sheep that follow whatever is trending around us. If Drake isn’t showing off how hard he studied and how dedicated to education he is, then neither will we.

Learning isn’t cool, but it should be.

Sophia Robledo-Borowy can be reached at [email protected] or @theorion_news on Twitter.