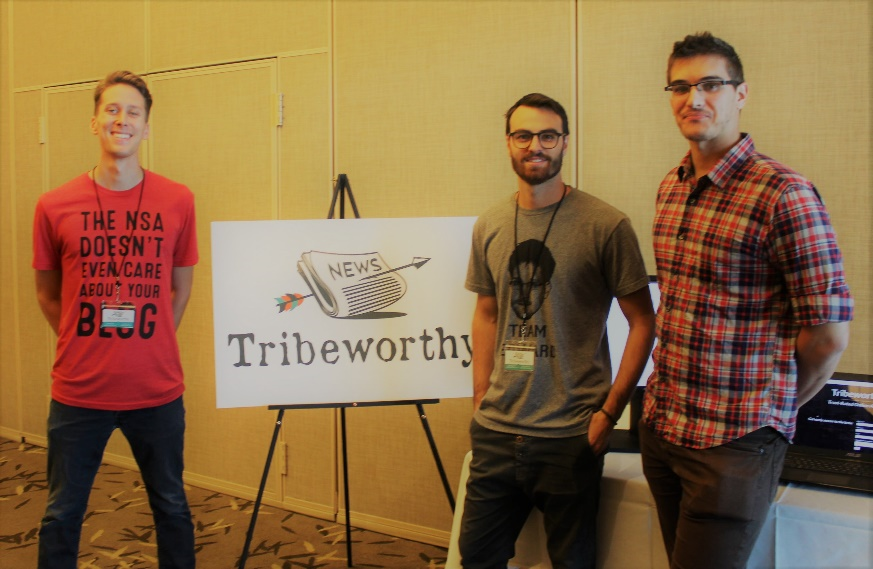 Americans are becoming increasingly skeptical of their news sources.

Three Chico State alumnus seek to change that by providing a platform that lets readers critique the news themselves. Tribeworthy.com is that platform, and lead developer of Tribeworthy Austin Walker says their rating system guides users through a critical thinking process, which opens the users minds to biases, logical fallacies, and misrepresentations within an article.

“I would say that we like to call ourselves the Yelp or Rotten Tomatoes of online articles, but rather than an up or down vote, or five-star-review, we’re asking you to think more critically,” said Chase Palmieri, CEO of Tribeworthy.

Brand Manager Jared Fesler said their team’s diversity helped them to remove their own biases in the process of creating the website. That’s why the Tribeworthy team has created a system they think will defer attempts to intentionally bring an article’s rating down, he said.

“First off, the review process is not a simple up or down vote. You have to actually critically review the article in a way that identifies the root problem,” Palmieri said.

“We also center the top three most reviewed problems of the lifetime URL of an article, so trolls that are acting as individuals will not be able to gain the system, and another thing we’re doing is associating a trust rating to individual users overtime which will add to the weight of their reviews.”

Fesler said the website launched three weeks ago and the general idea was one year and two months in the making. There’s still a lot of work to add functionality. An iOS browser extension is currently being developed so that users can upload articles away from the website.

Even in the site’s raw form, the system is straightforward and easy to use. The homepage displays articles that are trending, along with their trust rating. In order to review an article the user must create an account, but the process is quick and simple. Once the account is created the user can rate an article simply by pasting the URL. 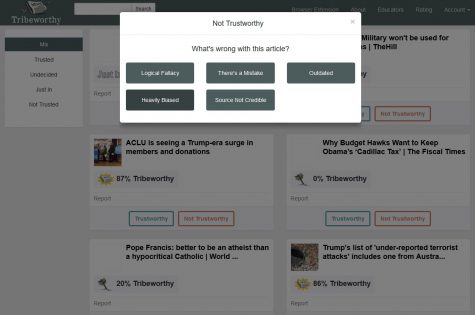 If the user deems the article “not trustworthy” a window pops up displaying five different selections: logical fallacy, heavily biased, there’s a mistake, source not credible, and outdated. Each selection has sub-selections, for example, when clicking logical fallacy a list of logical fallacies appear. If unsure about what some of the terms mean, there are hover menus which provide explanation.

Michael Fritz can be reached at [email protected] or @theorion_arts on Twitter.