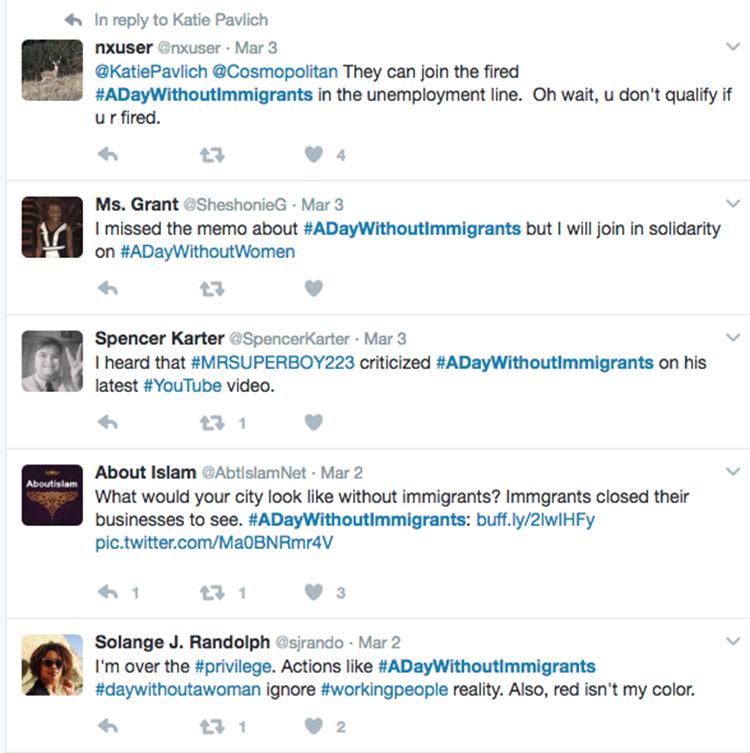 On Feb. 16, immigrants in the United States participated in a #DayWithoutImmigrants to demonstrate the importance of immigration and to protest the border wall that President Donald Trump plans to build.

The strike called for immigrants to not go to work, to avoid spending money and to keep children home from school.

But keeping children from going to school only hurts their education and the schools they are going to. If a person really want to promote the importance of immigration then they should encourage the need of education for immigrants.

The entire premise of this strike is completely wrong. President Trump never said he wants to deport legal immigrants from the United States. Illegal immigration is his problem, and that is something I agree with.

First Lady Melania Trump is a legal immigrant and so is the Trump family. This fear-mongering about Trump wanting to deport legal Mexican immigrants has to stop.

I know I’ll get called a race traitor for saying this, but in order to maintain a civilized society, there has to be laws enforced.

My parents went through the system legally. They made a conscious decision to provide a better life for our family.

Now I’m not saying that deporting 11 million immigrants is the right thing to do. Too many families would be broken up and immigrant labor brings in large amounts of money.

People are deported immediately when illegally traveling to Canada or Mexico, but they are not criticized for acting upon their travel laws. This is how it is across the world, yet the U.S. is the only country that is criticized for wanting to enforce its laws.

Sadly, immigrants across the country who didn’t show up to work got fired. By following a strike that doesn’t make sense, people got just made their lives worse.

What immigrants must do is work hard, get an education and do our best to provide a great future for our kids.