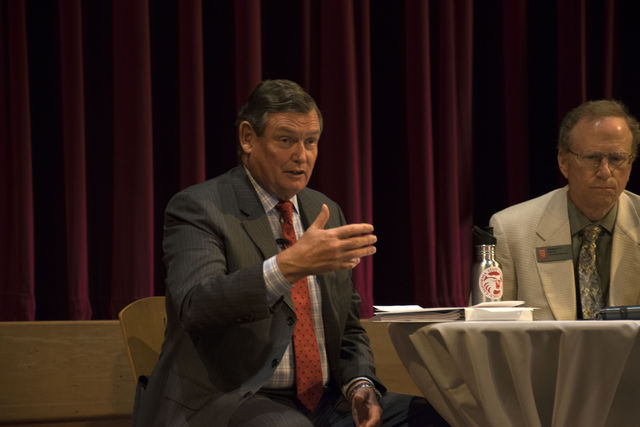 While the city of Chico decided against becoming a sanctuary city, the CSU system continues to offer services to undocumented students.

Over a year has passed since students on campus proposed the opening of a center dedicated to undocumented students. Later this month, students, staff and faculty can visit the center to learn more about undocumented students granted certain rights under the Development, Relief and Education for Alien Minors Act.

“It’s actually a really good place for anybody to go and ask questions,” Assistant Director of Advising for the Financial Aid and Scholarship Office Elizabeth Alaniz said. She’s also the adviser of Leaders Educating for the Advancement of Dreamers, a student organization composed primarily of undocumented students.

“It’s really important for these students to feel welcome,” she said. “They’re paying fees and have every right just like other students.”

Alaniz has seen an increase in undocumented students that apply for financial aid using a specific application. When the California Dream Act application was first implemented, only 44 applicants applied to Chico State. She’s now seen a jump to over 600 applicants. There are between 200 and 350 undocumented students attending Chico State, Alaniz said.

According to an article published by USA Today, Dream Act applicants have dropped over 60 percent from last year. As of February, 17,819 applicants applied compared to 46,731 applicants last year, the article states.

“The CSU serves approximately 8,000 undocumented students,” said Elizabeth Chapin, manager of Public Affairs at the Office of the Chancellor. “The CSU will continue to comply with all federal immigration laws, but the enforcement of those laws is the responsibility of the federal government, not the CSU.”

“It boils down to separating criminals from those who wish to succeed in their education,” he said.

Students that encounter federal immigration officials on or off campus can contact UPD to work as a liaison between the student and officials, Feeney said. UPD will also work with the campus assigned lawyer to ensure proper legal action is followed by federal officials.

“We’re regular students just trying to get an education,” said Karen Cruz, the former vice president of Leaders Educating for the Advancement of Dreamers in an earlier interview with the Orion.

The center is currently hiring student volunteers and will be located in Siskiyou Hall.

Elizabeth Castillo can be reached at [email protected] or @theorion_news on Twitter.