Wildcats win first round of NCAA’s 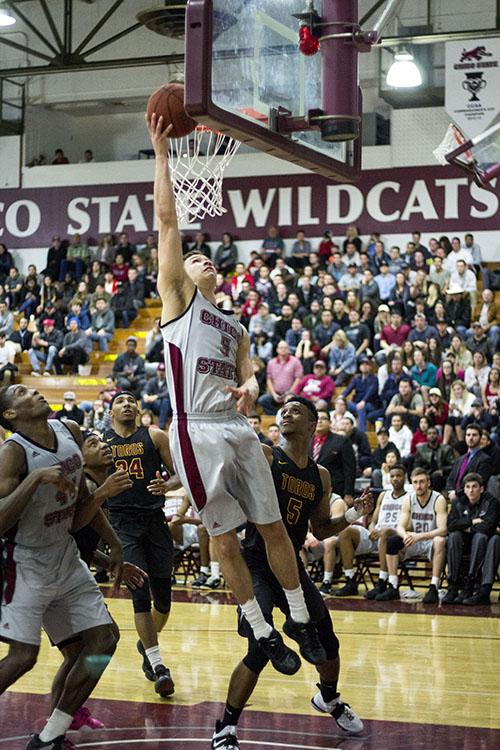 Sophomore forward Marvin Timothy scored 12 points and provided a huge boost for the Chico State men’s basketball team as they defeated Western Washington University 96-83 in the first round of the NCAA Championship Tournament.

Timothy was the perfect complement to junior forward Isaiah Ellis, providing a strong post presence and the ability to slow the game down. Timothy had two huge dunks in the game which helped to keep the ’Cats momentum going. He also showed off his post game, which allowed Ellis to get open on the perimeter and make some key three pointers.

The team’s starting guards were not hitting their shots in this game. Junior guard Jalen Mcferren went 3-10 and fellow guards Corey Silverstrom and Robert Duncan went 2-12 and 1-8, respectively.

However, the team got a huge boost from their front court as well as a few contributors off the bench. Ellis had 20 points, and guards Michael Bethea Jr. and Nate Ambrosini each had 11. Ambrosini did not miss a shot that day, and hit three key three pointers. Mcferren also went 8-8 from the free throw line, and Duncan went 7-8 and hit clutch free throws at the end to ensure the win.

The Wildcats all came together at the right time to move on to the next round of the tournament.