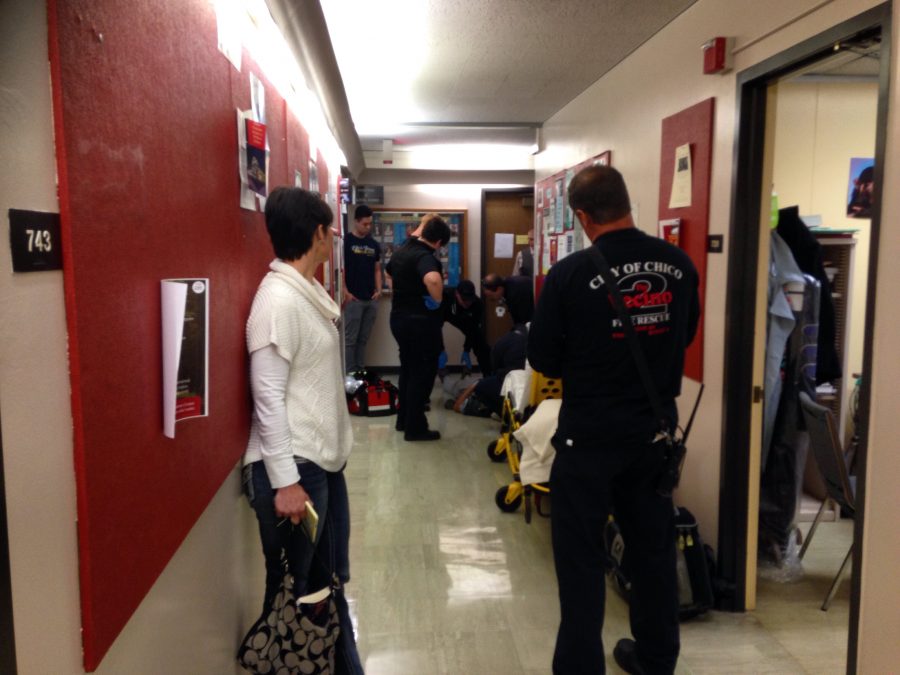 Fifty six year-old John Blachley collapsed Thursday on the seventh floor of Butte Hall. His wife was called and she was with him in the ambulance ride to the hospital Photo credit: George Johnston

John Blachley, a political science and criminal justice professor, was carted away from the seventh floor of Butte Hall by emergency medical technicians on Thursday.

A witness said Blachley came into the office as he normally does and just collapsed. Blachley was not answering his coworker’s questions clearly and they immediately called 9-11.

Chico Police and Fire Department arrived at the scene shortly after. EMTs were then called in to transport Blachley to the hospital. They are unsure as to why the Chico State professor collapsed.

Blachley’s classes were cancelled for the day.