Wildcat of the Week 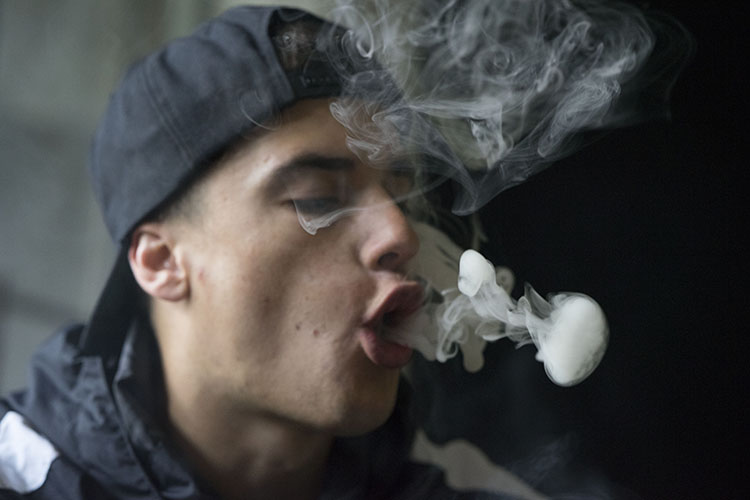 Brook Oneto is a senior center forward for the Chico State club inline hockey team. After taking a few years off from hockey after high school, he was happy to join the club team in his fourth year in college. He also enjoys smoking cannabis from time-to-time.

Why did you decide to join the club inline hockey team?

I missed being on a competitive team so I decided to join the Chico State one. I’ve been playing hockey for about 15 years and about eight-to-nine years competitively. However, I’ve been on skates since I was 4, so it’s a big part of my life.

How did your team do this season?

We were ranked number one in the nation going into nationals. We won 16 games and only lost one. It was the best record we had ever had. Sadly we lost in the quarterfinals of nationals in Fort Myers, Florida.

How long have you been smoking?

I’ve been smoking since my freshman year of college at Chico State.

Do you think that cannabis impacts your in-game performance in any way?

I personally don’t think it does at all, but I generally don’t smoke on game days.

What’s the environment around the team about smoking?

We’re all adults, so it’s our choice if we want to take part in it. I think that freedom of choice is key. Not everyone does it, but there are other members of the team that do smoke.

Why do you think athletes use of cannabis is seen in such a negative way in our society?

I think it’s mostly due to the use of other drugs. People tend to associate cannabis with the use of harder recreational drugs. So if an athlete smokes weed, they are judged for it. I think athletes should be able to make their own decisions on if they want to do it or not, and not worry about being judged.