Don’t pass the joint to pets 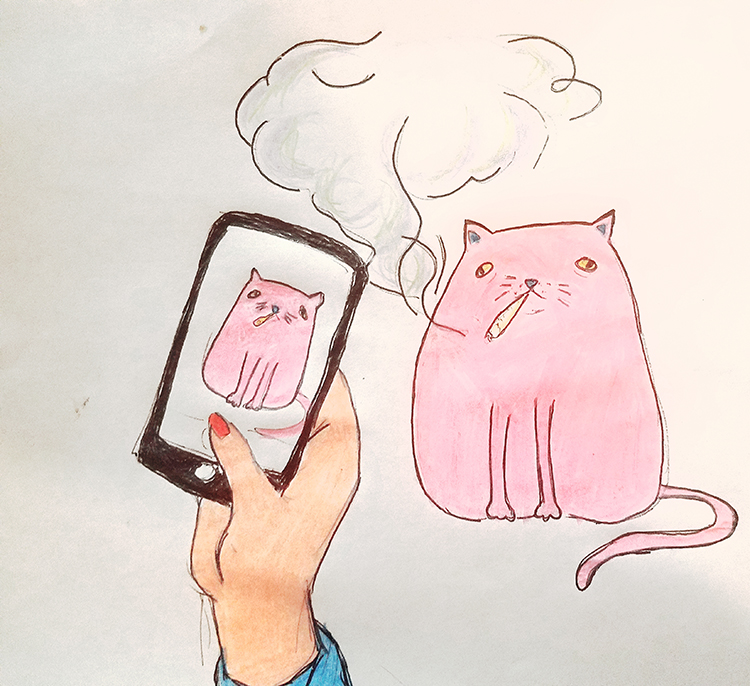 Smoking a few bowls can be relaxing after a long day, especially for those with legitimate medical reasons. However, with the convenience of obtaining a medical marijuana ID being easier than ever, it definitely isn’t uncommon to see more 420 friendly homes.

Having a smoke session with friends can be great, but dogs and all other pets shouldn’t be included in this circle.

Some people may believe their pets enjoy getting high, despite the obvious cowering of animals when having smoke blown in their faces. There’s no way of telling exactly if pets enjoy the high or not, but there is a way of determining what marijuana does to their bodies.

According to Pet Poison Hotline, animals can be diagnosed with marijuana poisoning, which in extreme cases can result in death. Animals can become poisoned by consuming dried weed, any foods with cannabis or by simply inhaling too much smoke.

Having edibles, especially brownies are possibly the worst. Chocolate is one of the most toxic substances for dogs and cats. Combining chocolate with various amounts of cannabis could be a lot of fun, but it’s a whole different story for pets.

Whether it’s inhaling or ingesting marijuana, keeping the stash safe is beneficial all around. It saves users money on having to buy more weed and saves pets a trip to the veterinarian.

Serious harm is done when careless pet owners leave bud or edibles laying around. As discussed by Vice, there have been cases of pets getting high that resulted in accusations of animal abuse. However, there aren’t any legitimate laws against animal consumption of marijuana, so most owners were cleared of the charges.

Medical marijuana may be healing for many, but not for beloved pets. For pets to enjoy similar pleasures as people, offering them something that won’t poison them like Treatibiles would help. These treats contain non-psychoactive cannabinoids, sourced from hemp.

There is further research needed before people get to blaze it with their furry friends safely. The devotion to pets and their health should be more important than wanting to share a temporary pleasure with them.

Dogs are a man’s best friend, but that doesn’t always mean they should do everything we do. Having marijuana in the same household as a pet can be detrimental to their health if proper precautions aren’t taken.

Sophia Robledo-Borowy can be reached at [email protected] or @TheOrion_News on Twitter.