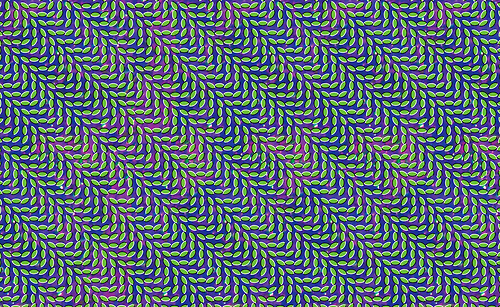 The album cover of “Merriweather Post Pavilion” alone should make you prepare yourself to fall deep into the rabbit hole.

This is Animal Collective’s eighth studio album and includes some of their more popular songs such as “My Girls” and “Brother Sport.”

On Jan. 6, 2009, experimental pop band Animal Collective released their most recognized album to date titled “Merriweather Post Pavilion.” This was their eighth studio album and contains some of Animal Collective’s more popular songs such as “My Girls,” and “Brother Sport.” The album cover is an optical illusion in itself, preparing the listener to fall deep into the rabbit hole.

The album opens with “In the Flowers,” which starts slow and dream-like but eventually crescendos into uplifting symphonies and pounding drums that is like the peak of any major drug trip, setting the tone for the album.

Although extremely experimental and needing a bit of an acquired taste, the album can be understood as a chronicle of the many problems people experience throughout life. The album’s single “My Girls” discusses the longing for a simple life and the hopes of escaping the modern day rat race while “Guys Eyes” depicts the struggle of staying faithful during a marriage.

These themes can be detected throughout the whole album if you can manage to pull them out of all the chaos and distractions within each song.

While at times the music may sound like a bunch of jumbled noises and lyrics, everything serves a purpose. If you listen closely, you can pick up on the very clever usage of sounds such as the vague ringing of alarm clocks in “Daily Routine” to emphasize the dread of waking up in the morning or the painful cries in “Almost Frightened” to accentuate the anxiety illustrated in the song.

All in all, this is an outstanding album. Although it may not be their finest or weirdest work, it is a great jumping off point for anyone interested in listening to Animal Collective.

It has all of the classic Animal Collective quirkiness and emotion, yet also provides valuable life lessons and assures you that everyone encounters similar issues in their life.