Fraternity being investigated for trashing campsite 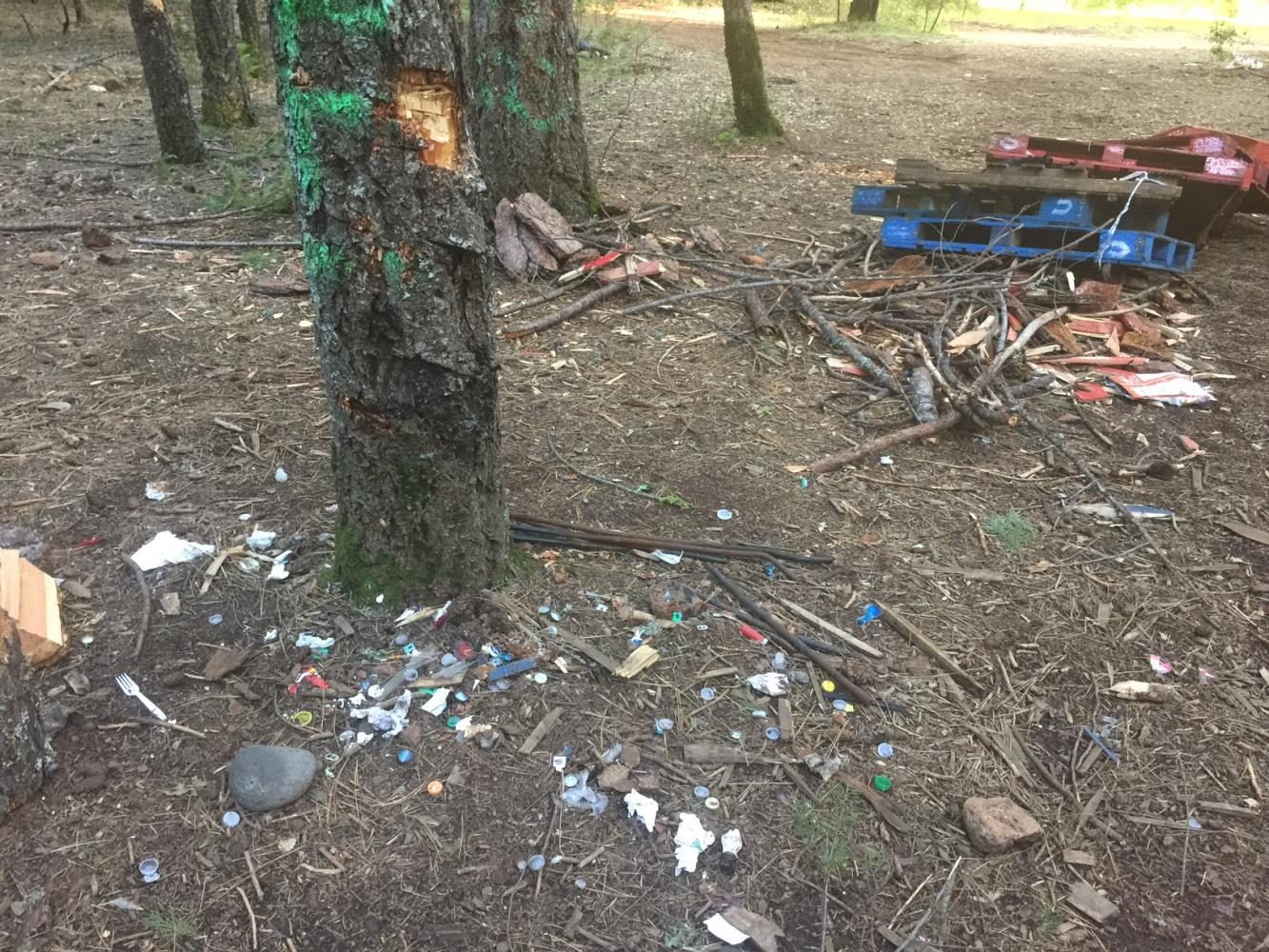 The Chico State chapter of Pi Kappa Alpha is being investigated by the Tehama County Sheriff for littering a campsite and chopping down more than 30 trees, according to a press release.

J.D. Elam, a camper who frequents the spot near Deer Creek, reported the incident. On the weekend of April 21, he reported that the Pi Kappa Alpha Fraternity was spending the weekend at the site and left a large amount of garbage at the site.

According to Elam, Evan Jossey, the Pi Kappa Alpha president, and other fraternity members introduced themselves and explained that they were getting all their members together to celebrate their initiates.

According to Elam, the fraternity members were very nice, but 80 members and pledges arrived. “Then all the people showed up. They were getting so loud I just took off,” Elam said.

Elam then returned to the area last Thursday.

“(There was) a nuclear bomb of garbage,” Elam said.

Pallets, candle wax, spent shotgun shells and hundreds of bottle caps were littered throughout the area.

“I sent them and the national fraternity a message on Twitter saying ‘hey they need to clean this up or I would call the cops,’” Elam said. Elam did not receive a response and contacted the police.

One tree that had been cut down had the letters MU engraved on it, and another tree had nails pounded into it forming the letter M.

“We’d like to congratulate all 26 of our new members who make up the MU class of the Lambda Psi Chapter here at Chico State!,” Pi Kappa Alpha states in an April 25 Instagram post.

Pi Alpha Kappa declined to comment on the situation.

In campus-wide email on May 1, Public Affairs Coordinator Sean Murphy said “We have received reports alleging that several members of a Chico State fraternity (Pi Kappa Alpha) may have been involved in the vandalism of a popular Tehama county campsite within the last few days. Our staff members are investigating the claims to ascertain the facts and determine who was involved.”

Daniel Wright can be reached at [email protected] or @Danny_W_Chico on Twitter.