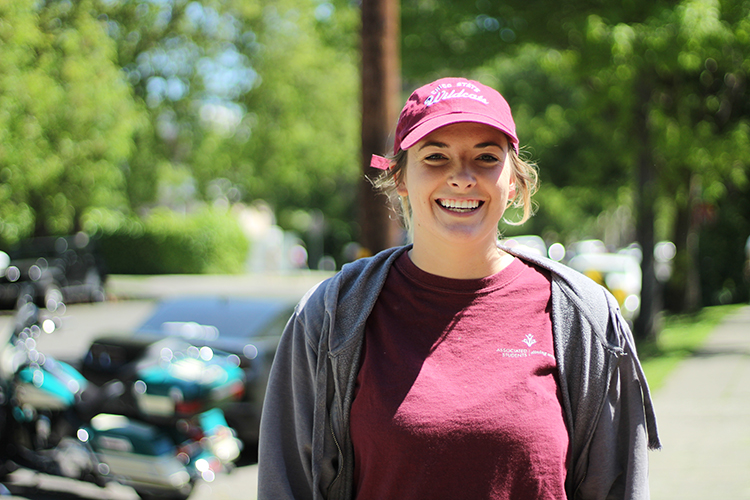 We all have our favorite bands and songs that we are eager to show to our friends or blast at parties, yet, we also have our guilty pleasures that we listen to when nobody is around. This is the music to sing to alone in the car on long drives or secretly play through our headphone while walking to class. Although you would never be caught dead listening to it in public, you know deep down that you love it and it can give you some serious feels.

Since everybody has their own guilty musical pleasures, The Orion decided to go around and ask our fellow Wildcats what kind of music was at the top of their playlist as well what they were willing to admit is their guilty pleasure.

“Low key, I listen to everything, but I have to say R&B and soul are my first choice. I’m really into The Weeknd right now. Sam Hunt is for sure my guilty pleasure. I love that guy.”

“Flume, Odesza, Sam Hunt and all that jazz”Her guilty pleasure is listening to classical music while studying.

If he has his headphones in, he’s most likely listening to some kind of hip-hop. His current favorites are Logic, Kendrick Lamar and Joey Badass. He also confesses that there’s something about Rihanna that speaks to him.

He loves Kendrick, J. Cole and Chance the Rapper. When asked what his guilty pleasure is he responded, “Hands down Jason Aldean”.

She likes to get down to reggae. More specifically Sublime and the Dirty Heads. She says if she had one it’s Disney music.

She is currently a big fan of Sage the Gemini, Rae Shmurda and Kendrick Lamar.Although hip-hop is her preference, she shamelessly loves some Taylor Swift from time to time.

She is a die-hard rave girl that listens Getter and NGHTMRE to either study or lull her to sleep. Though she almost strictly listens to bass and trap music, her guilty pleasure is Rascal Flatts, which she only listens to on the weekdays.

He is known to listen to Vietnam War-era tunes such as Creedence, Clearwater or The Animals but isn’t ashamed to admit that he occasionally listens to Rebelution and 311 for nostalgic purposes.