Chico State insider at Outside Lands 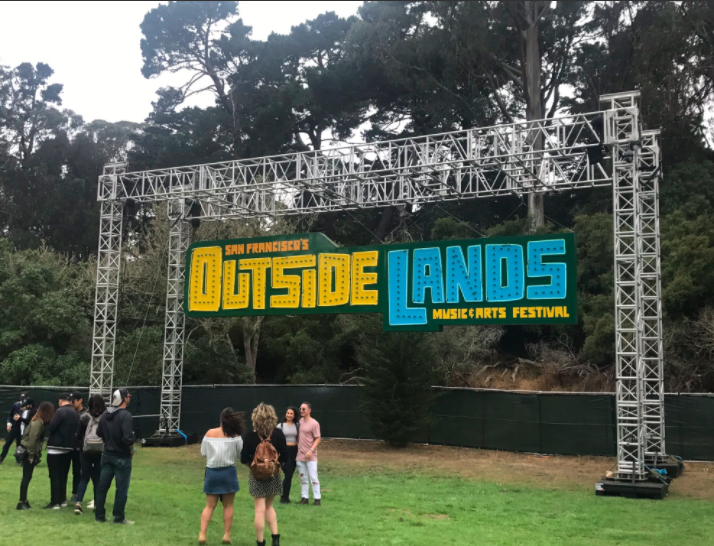 When the weather gets warmer and the sun stays out all day, a common pastime for the average college student might be a summer concert. Many artists go on tour during the summer season, so the options are bountiful. However, while there are traditional concerts with openers and the main headliner, there is the option to see a variety of artists at a music festival.

This year, there have been many festivals from Coachella to Hard Summer, and the options seem endless. While the experience of going to a music festival can be unforgettable, the cost to attend one can be pretty steep. However, KCSC board of directors member Amber Campbell was able to attend Outside Lands for free.

Months before the festival, KCSC ticket giveaway member Joseph Wong suggested that she apply for a Press Pass. She was offered a pass two weeks before the event was supposed to take place, and jumped at the chance to go.

“It was awesome having a press pass, we (the media) had our own little tent area, kind of like VIP people do,” Campbell said. “We had a private section and they had free water and free drinks for us.”

Out of all the press at Outside Lands, Campbell was the only member reporting for a college radio station. 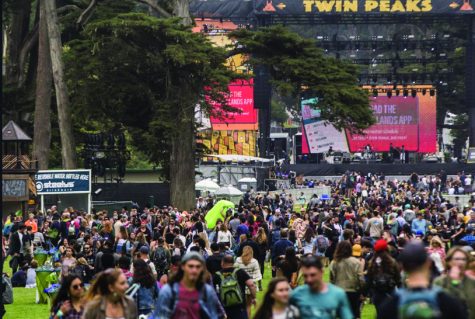 Nicole Henson A three-day pass to attend Outside Lands costs $375. Amber Campbell of KCSC attended the event for free and was the only college radio representative.

“It was kind of nice being the only college radio because it made me feel more like KCSC is doing a good job like we are actually getting our name out there and becoming popular and stuff like that,” Campbell said.

Normally, Campbell is a big fan of electronic music, but she was familiar with some of the more popular bands that were going to play at the festival.

“As someone who doesn’t listen to that type of music, I think this was the perfect opportunity for me to hear different music because tickets are not cheap for Outside Lands,” Campbell said.

Campbell’s favorite performances were Louis the Child, Gorillaz and Sleigh Bells. She said that Sleigh Bells had so much energy and got the crowd going. “She was having a great time on stage and it just made me feel the music more and it made me enjoy it more,” Campbell said.

While she enjoyed Sleigh Bells performance, listening to Gorillaz live was also a great experience.

“Having listened to them for years and years, it builds up to that one moment when you finally see them live, it was just incredible,” Campbell said.

Outside Lands not only celebrates musical artists, but art in general. Campbell said that “on the walk to the Lands End stage to Twin Peaks, that whole walkway was filled with murals, and that’s where you find people taking pictures against cool looking walls, and stuff like that!”

Even if it was not her normal taste in music, Campbell still felt that “overall it was a great experience. Everyone was pretty chill and just there for the music which was pretty awesome!”

Caitlyn Young can be reached at [email protected] or @theorion_arts on Twitter.