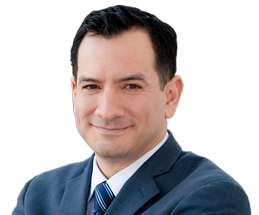 Chico State’s sexual violence and harassment reporting policies is being audited by the state of California.

The audit will also include San Diego State, UCLA and UC Berkeley, according to the California State Auditor’s office. The auditors visited Chico State in November.

Assembly Member Anthony Rendon, D-Lakewood, proposed the audits to the Joint Committee on Legislative Audit in August. It was approved unanimously.

“We’d like to get a sense of what the different Cal State’s and UC’s are doing with respect to sexual harassment complaints — how they’re actually investigating those complaints,” Rendon said. “Also, those practices that work best and finding a way we can use those best practices throughout the system.”

The audit request is largely a response to a federal complaint filed against UC Berkeley in May, in which students allege that the school did not adequately investigate reported sexual assault incidents, which is a violation of federal law.

Each university was chosen by the auditor’s office. The state did not explain why Chico State and San Diego State were chosen.

Title IX of the Educational Amendments of 1972 prohibits discrimination in educational institutions receiving federal funds. The audit will be for the period between 2009 and 2013 and will determine if the schools have policies and procedures consistent with existing federal and state laws.

The Committee on Audit for the Board of Trustees previously conducted an audit on Title IX compliance within the CSU system in 2012. No pervasive problems were reported in the results for Chico State, but it found that campus delegations of authority were not always documented, and that documentation of student complaints was not always complete.

Chico State agreed with the recommendations of the audit and informed the university auditor that the issues would be corrected by Aug. 31, 2012.

In addition to how complaints are received, investigated and resolved, the state auditors will also review efforts to educate students on how to be aware of and prevent sexual harassment and violence on and near campus.

Chico State will cooperate with the auditor’s office, but is not able to provide any specific details at this time, said Joe Wills, a spokesman for Chico State.

Ongoing audits are confidential, and no information can be provided on when the audit will occur, what documents will be reviewed and who will be interviewed, said Margarita Fernández, a spokeswoman for the California State Auditor’s office.

The estimated release date of the report is April 2014.