More than “Friends from College” 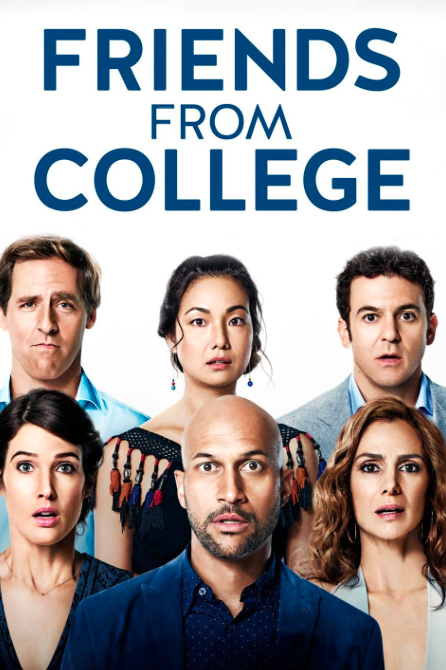 The Netflix original “Friends From College” follows a group of friends that met at Harvard. After college, the friends and main character Samantha Delmonico moved to NYC, while their friend Ethan Turner moved to Chicago. The characters were all very close in college and remained good friends after they graduated. When Turner tells Delmonico he’s moving to NYC, it creates a lot of problems.

The show’s biggest secret is that Turner and Delmonico have been having an affair since college, even though they know each other’s significant others. They had originally began in college and thought it would end, but continuously seeing each other causes an unending friends with benefits situation. Not only does their relationship cause tension between them and their friends, but it also has external consequences, such as getting in trouble with the police.

Some of their friends know about the affair, but others don’t. You see different relationships grow throughout the show, like Turner trying to have baby with his actual wife, however, she cannot get pregnant naturally. They try going through a process to try to make it happen. Another part we see is that relationships are strained due to Turner’s return and it causes problems between his friends and their significant others.

What caught my attention was that early on, they show their relationship but they are not really together. However, the show gets repetitive because they are constantly talking about how their affair should end.

The show does end on a cliffhanger so there could be a lot of interesting things to see in season two. Overall, the show is entertaining and I would give it a 3.5 because I still feel like the story is building upon itself.