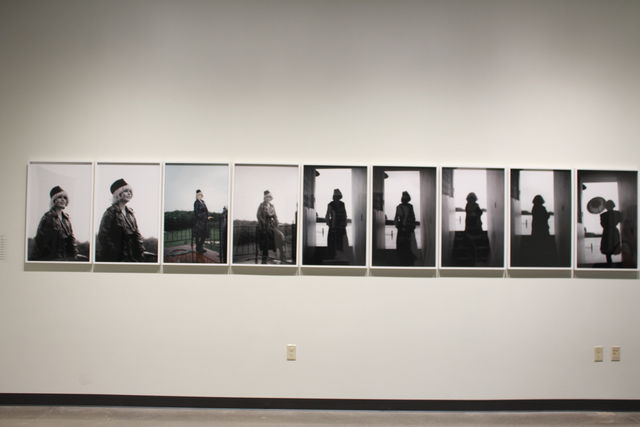 The Two Truths and a Lie exhibit opened up at the Jacki Headly University Art Gallery on Thursday and will run through September 30. The exhibit features three different artists’ work: Weegee, Jessamyn Lovell and Zoe Crosher.

A lot of her work is always in black and white, grainy or neutral. She said some of her images are meant to be awkward and out of focus. She concentrated on taking many photos of Los Angeles, but the L.A. she once knew is no longer there because there has been so much change in the city.

An interesting quality about a lot of her pieces had to do with people that disappeared or were a secret of some kind. One of her most interesting series was Michelle DuBois. She explained that DuBois’ identity was kept a secret for a long period of time and the name she used is one of four aliases. For the DuBois pieces, she said she would unveil different segments every two years. The final one was called the “Disbanding of Michelle DuBois.”

Towards the end of the talk, there was a Q&A and the audience was able to ask who Michelle DuBois is. Although she did not give us the exact name, she said that DuBois was her aunt’s friend who lived in San Francisco.