Look What T Swift Made Us Do: A Review 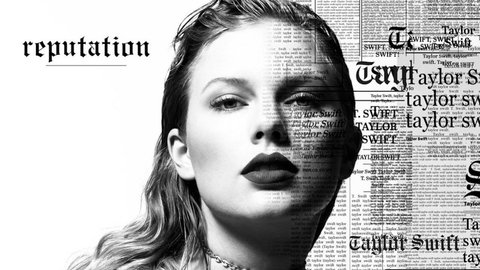 The country-turned-pop star Taylor Swift released her single “Look What You Made Me Do” on Thursday as a sneak peek to her upcoming album, “Revenge.”

The dubstep and trap influenced hit features lyrics about revenge and rebirth as a new Taylor that doesn’t play nice.

One week prior to the revealing of her new single, Swift deleted all her social media posts as a means of promotion. If that doesn’t have dramatic written all over it, what does?

Unlike her 2014 album, 1989, which had synth-pop New York vibes, the new Swift explores the world of dubstep and trap-influenced pop. Her new album theme sounds like it’s casting an unforgivably bright spotlight on anyone that’s ever wronged her.

Comparable to the social media publicity stunt, “Look What You Made Me Do” has dangerously extreme lyrics that are quite a ways away from the original “Teardrops on My Guitar” and “Love Story.”

Lyrics from Look What You Made Me Do:

Although the song is ambiguous at times, there are various shots fired toward the Kardashian-Wests. The lyrics “I don’t like your little games / Don’t like your tilted stage” are remarks aimed toward Kanye’s tilted stage during his Pablo tour.

The once-nice Swift has now turned cold and wants some form of public revenge to the humiliation from 2009 MTV Video Music Awards where Kanye interrupted her thank-you speech to shout out Beyoncé. It doesn’t look like we’re getting a guitar ballad from Swift anytime soon.

3.5/5 stars. Catchy tune with danceable beats. The dangerous lyrics are a little much.