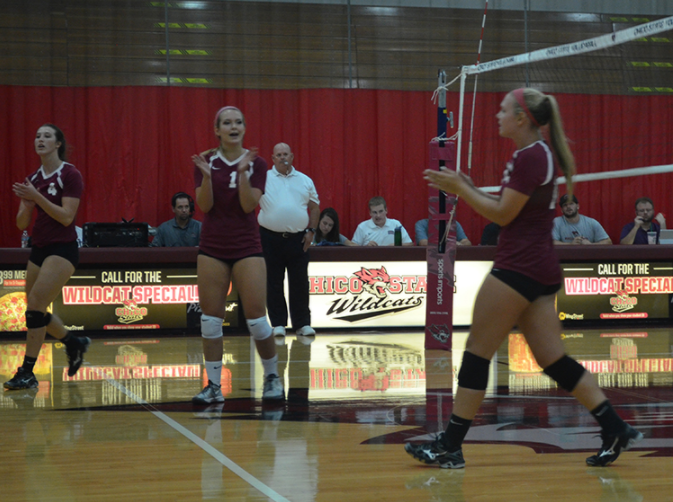 The Chico State women’s volleyball team swept their series against the Holy Names University Hawks in their first game of the Route 92 Showdown. The Wildcats finished the match in less than 80 minutes.

In the first set, the two teams were tied at 11 before the ‘Cats took over. Chico State went on a 9-2 run, and in this stretch, sophomore outside hitter Bekah Boyle had four kills.

In the second set, Boyle led the team in kills again with six, and fellow sophomore Kim Wright was second with five. The ‘Cats easily led throughout the entire set and easily won 25-13.

The third set was close in the beginning but the Wildcats, up 6-4 on the Hawks, went on an 18-5 run to end the match. Senior opposite Anna Baytosh had five kills in this stretch.

Boyle finished the match with a career-high 16 kills, and Wright and Baytosh finished with eight and seven, respectively. Senior setter McKenna Carroll finished with 18 assists and sophomore Nicole Deshrochers finished with 17.

The Wildcats looked strong in their first game, the team hopes to keep this momentum going throughout the rest of the season.