A snapshot into the life of a photographer 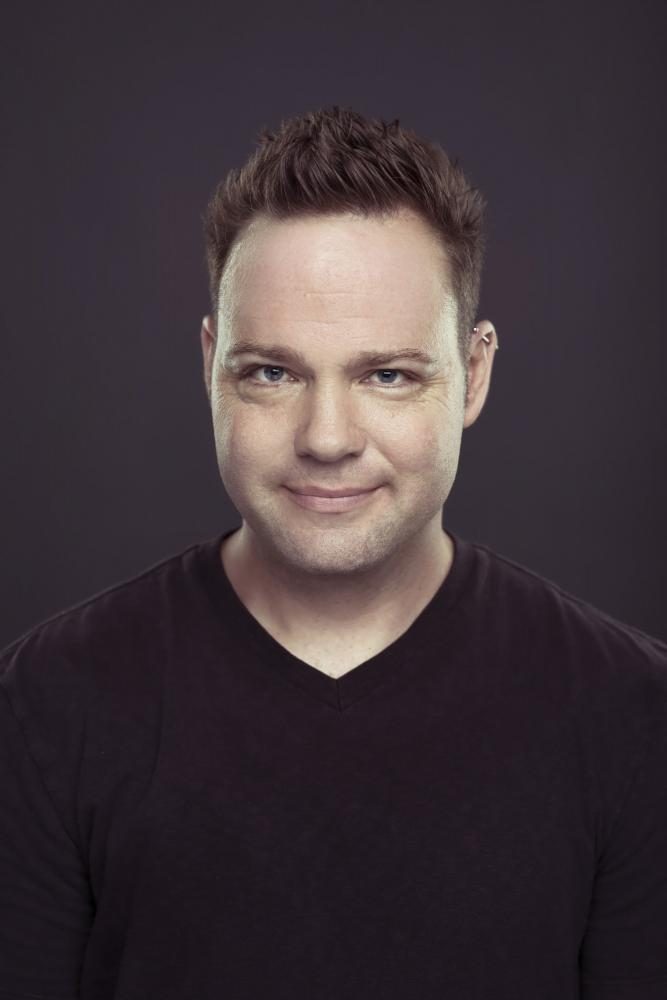 Draper smirks for self portrait. Photo courtesy of Aaron Draper

Chico State alumnus Aaron Draper talks about his journey through life before coming back to teach photography at Chico State. As a professional photographer, he is well-known for his project, Underexposed: a series of beautiful photographs capturing homeless men and women that Draper met. His website says, “The goal of ‘Underexposed’ is to make the homeless as visually appealing as possible in a society that is visually demanding. When it comes to social activism, you achieve greater public awareness by communicating hope as opposed to hopelessness.”

Draper continues to be a lecturer of photography and passes on his knowledge to his students.

He talked about his journey in the following interview:

I grew up between Washington and California and I didn’t really have any interest in photography, no, I was going to be an artist. I was told by art people that I couldn’t draw anything out of my own head, I could only trace or copy, so because I couldn’t like form and do my own work, they said that was problematic that, you know, I could only copy.

So I dropped out and decided to sort of do the thing that I was second best at, I felt like, which was writing. It was writing for a newspaper and stuff that I learned about photography and got into that.

I was really interested in some of the photography they were showing, and they said, “Hey, have you ever thought about photographing and doing anything?”

I said, “Yeah, this seems really cool, I’d love to get into this a little bit more.”

So it was actually really fun, I liked the whole process; I liked interacting with people. So it wasn’t just like “put the camera in front of my face, and just block it out like this where I couldn’t see them.” A lot of times I’d interact and photograph the stuff that was happening during a reaction and that helped out to give me some really cool shots.

I immediately quit and took a leave of absence from the newspaper once I got my camera. (I) left for Europe for six months and just shot the heck out of everything I could see. I might as well have just pushed the button and spun in circles shooting everything because everything was so awesome to look at.

A woman came into my studio and she was probably about 55-60. I shot her portrait for a headshot that she needed done for something for business. It turned out that she wanted every wrinkle on her face erased. She had like beautiful laugh lines and smile lines and beautiful lines by her eyes. So it really bugged me and I didn’t really like that, so I left the studio.

I was wandering around, ended up running into a guy named Leon, I looked at his face, and he had these really beautiful wrinkles, his face had this awesome texture. I started talking to him, turned out he was a shrimper from Louisiana. He’d been homeless four or five years, his shrimp boat tanked, lost it and that was what supplied his restaurant.

I started thinking about my own perceptions of homeless and I never would have stopped to talk to him if I hadn’t been looking for somebody with an interesting face, based on my experience with the woman who wanted the plastic barbie doll face.

I was like “Okay, I’ll be right back!” So I brought my gear, brought a light back, lit him up, photographed him, I showed him the LCD screen and he started to cry.

He said, “I haven’t seen myself in a long time, and I’ve never seen myself look like that.”

It got more interest about his story and his face than any of my other work I ever shot. We give the most of our time, in our lives, to probably our profession or our job. As a commercial photographer, a lot of people don’t know that what we want to do and what we like to do, is sell stuff.

But at the end of the day when I was thinking about what would people say about me, what would be my legacy? I mean, that’s not how I wanted to spend the most of my life.

Actually, Tom Patten said, “Have you ever thought about teaching?” and I was like, “No, I’ve never actually considered that.” And he was like “Well you should. You seem to get along well with the students.”

He said, “You have a lot of knowledge, it’d be good for you to share it.”

My students are flippin’ genius. I can’t take credit for them. They are coming in like already super passionate and super smart and very, very gifted. It’s great to watch a lot of my former students do stuff, and post images and you know, brag a little bit about the jobs they are getting. It’s just, it’s really fun to watch their journey and to know that I was just a little part of it, you know, the start of it.