Wildcat returns to the field 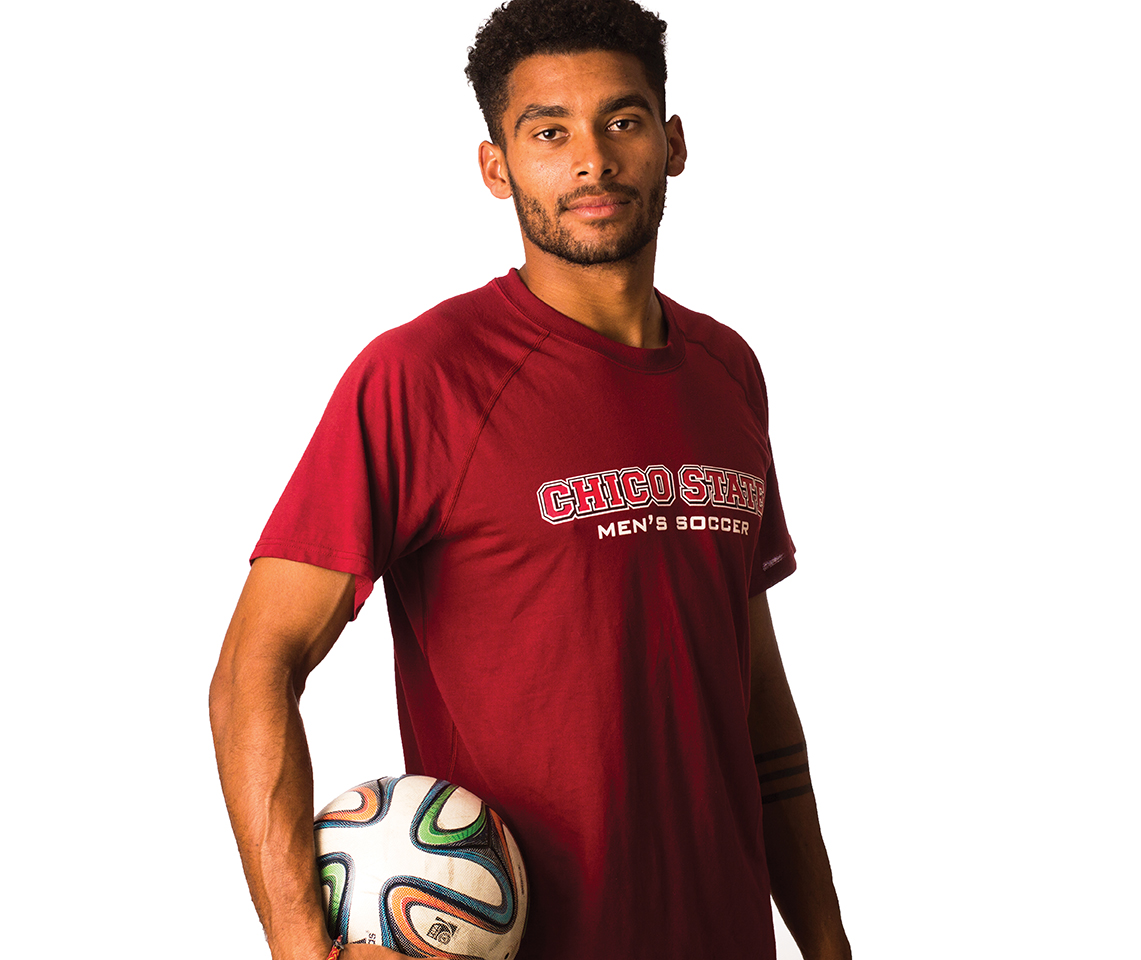 As the Chico State men’s soccer team starts their season, there may not be a player more excited to lace up and get back on the field than senior forward Dylan Wakefield.

After suffering a blown AC joint and tearing all three ligaments in his shoulder in a preseason match against Cal Baptist last season, Wakefield is excited to once again be on the field and healthy for the ‘Cats. After spraining his AC joint in a previous game against Davis, Wakefield self-admittedly went in for a tackle he shouldn’t have, and knew instantly.

“In a nutshell, it was awful,” Wakefield said when asked how it was to be on the sidelines last season resting an injury. “Starting or not, having to come off the field and feeling like I’m not able to contribute or be a source is one of the hardest things I have dealt with.”

While it was his biggest injury of his career so far, he remains positive and thankful. As a soccer player, he has sprained both ankles three or four times each, each putting him out for roughly a month. He made a point in saying that he is thankful that it was an upper body injury opposed to a knee or ankle that could have taken his senior year away from him as well.

“You can’t take wearing the jersey for granted. Every time you step onto the field you have to be thankful and play like it could be your last. Theres a lot of people who want to be in our spot.” Wakefield said.

Coming back from injury is never fun, but Wakefield says that his source of inspiration stems from his twin brother, and fellow Wildcat Ryan. Wishing he could represent his school on the field as well, Ryan has gone through two ACL surgeries on the same knee, ending his career. This is why Dylan is thankful for the shoulder blow opposed to a knee or ankle like his brother.

The Wildcats are definitely thankful to have him back on the field this season. Former teammate Rajaee Delane spoke highly of Wakefield’s impact on the team last year telling the Orion, “He’s a teammate who brings energy and positivity to the team on and off the field.”

The Wildcats took the loss in their first home matchup against Point Loma on Thursday 1-2. Wakefield provided a big boost of energy off the bench providing several solid crosses as well as several runs down the right side of the field in an attempt to get the Wildcats’ offense going.

On September 9, Wakefield had a mental test as the Wildcats hosted Cal Baptist in his first matchup against the Lancers since his injury.

“It is my senior year and I am excited to be out here helping the team. I am just going to go for it. If you hold back, you leave yourself more susceptible for injury.”

Justin Couchot can be reached at [email protected] or @bigasfan1 on Twitter.