‘Memories… Do Not Open’ is already open 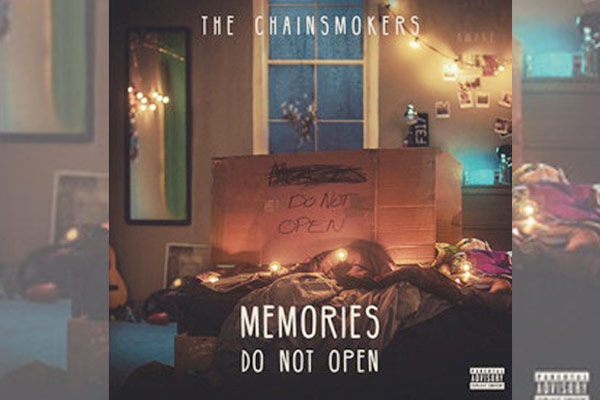 From 2014 releases “#SELFIE” and “Kanye” to 2016 releases “All We Know” and “Closer,” The Chainsmokers continue to create songs that rise to the top of the charts.

The Chainsmokers latest album, “Memories… Do Not Open” was released April 7. The album consists of EDM-Pop songs created by Andrew Taggart and Alex Pall, along with some featured artists such as Coldplay and Florida Georgia Line.

A few of the major songs on the 12-track album are “Paris,” “Something Just Like This,” “Break Up Every Night” and “Honest.”

The album begins with “The One.” Lasting only 2:58, this song is the shortest track and eases into the album with a simple piano accompaniment that slowly builds into a little bit more of an EDM song. The lyrics to the song are even shorter and stop at 1:48, however, this is not a bad decision. Once the final lyric, “No, I won’t be the one” repeats, the song transitions into more of an electronic sound.

The beat picks up with “Break Up Every Night.” This song can be easy to relate to if you have ever been in an unstable relationship. One of the best lyrics in this song is “She’s got seven personalities, every one’s a tragedy.”

Next on the album, “Bloodstream” comes along and slows the pace down. The beat in this song towards the end is really great to listen to.

Both songs “Don’t Say” and “My Type” feature Emily Warren, a notable artist who has worked with Shawn Mendes and Jessie J.

Still playing on the radio occasionally is “Something Just Like This.” Co-written by Alex Pall and Chris Martin from Coldplay, this song explains how they do not want a “super-human relationship,” they just want something simple and real.

“It Won’t Kill Ya,” featuring Louane, has an intricate beat that continues to build up and is definitely worth listening to. It’s one of those songs that has to be heard a few times before truly enjoying it. The first time it is played, it sounds a little bland, but after a few plays, the beat gets stuck in your head and it feels like more of a hype song.

Everyone has heard “Paris” playing on the radio. This song has the catchiest lyrics of the album. The music video for this song is shot really well aesthetically, however, the story was a little confusing. It shows a young woman who is inside a normal looking house that begins to slowly rise into the air. The music video also features The Chainsmokers duo Andrew Taggart and Alex Pall.

Honestly, “Honest” was the song that stood out the most on this album because of its rhythm and lyrics. The hook in this song is the super catchy: “And I’m not gonna tell you that I’m over it / ‘Cause I think about it every night I’m not sober, and / I know I keep these feelings to myself / Like I don’t need nobody else.”

While “Honest” might have been my favorite, I thought that “Wake Up Alone” featuring Jhene Aiko was the weakest of all the songs on the album. It does not have the most interesting beat and sounds very similar to a lot of other songs that are playing on the radio.

The song “Young” tells a great story of what it is like to be a young person living. A lot of the lyrics repeat, but in a way that makes enough sense to move along a story through the song.

Overall, I give this album five stars. Each song has its own feel, rhythm and focus, and the EDM-Pop mix makes for fun, interesting songs to listen to. Besides “Wake Up Alone,” the entire album was excellent and had more than two notable songs.