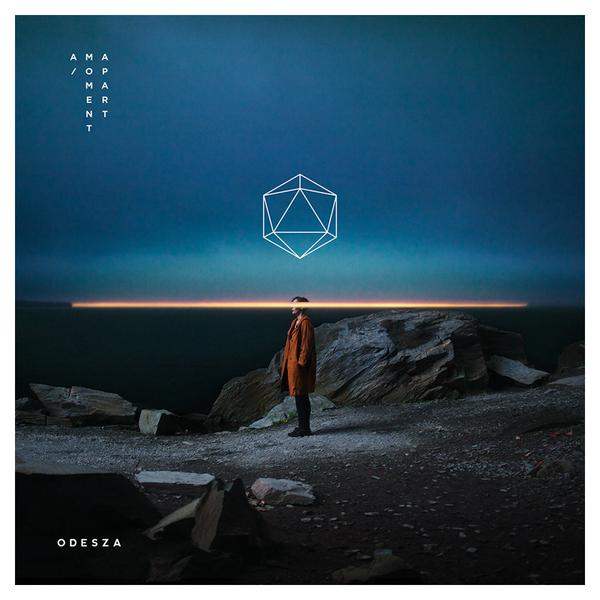 The art for "A Moment Apart," which depicts the other-worldly serene tone to Odesza's new album. Image courtesy of Odesza.com

A journey through that which cannot be seen but rather felt, Odesza’s release of “A Moment Apart” belongs to those otherworldly, ineffable moments. Utilizing radiant synth lines, similar to that of Flume and indie vocals like “Midnight City” from M83, the album takes the front seat on any chill-down, afterparty playlist.

Harrison Mills and Clayton Knight, the men behind the duo, released their third album “A Moment Apart” Sept. 8. The album features 16 tracks of electronic chill-wave galore.

The intro track sets the scene for the entire album taking listeners to the stars with a sound bite from the 2011 sci-fi drama, “Another Earth.”

“You hear that story of the Russian Cosmonaut? So he goes up in this big spaceship, and he’s got this portal window and he’s looking out of it. He sees the curvature of the earth; for the first time, and all of a sudden, this strange- ticking is coming out of the dashboard but he can’t find it, he can’t stop it. It keeps going. Hours into this, it begins to feel like torture. What’s he to do? He’s up in space. The Cosmonaut decides, the only way to save his sanity, is to fall in love with the sound.”

The ticks begin in the movie, but melts into a twinkling melody of Odesza’s digital ticks. The seamless transition from the intro to “A Moment Apart” is ironic in that the moment between the conclusion of one song to the build-up of the next is effortless, blending the moments into one.

The flexibility of Odesza’s musical capabilities is proven by the venture into a range of music genres and even language. “Everything at Your Feet” featuring The Chamanas is entirely sung in Spanish. There is also an instrumental named “La Ciudad.” The tracks “Just a Memory” featuring Regina Spektor and “Across the Room” featuring Leon Bridges sprinkle indie-pop vocal influences amidst the classic Odesza electronic wave.

No matter the song, the album emits a sense of good feeling that is hard to dislike. The variety of audible flavors kept my ears happy and coming back for seconds. The first song introduced a sense of wonder that is unique to electronic music, which relies not on the lyrics but the variety of other sounds present. While the intro spiked my interest, the tracks that followed kept me in a steady state of amusement.

The world of electronic dance music is saturated but Odesza found a way to further their signature chill-wave music. I give this album a 4.5 out of 5 stars.