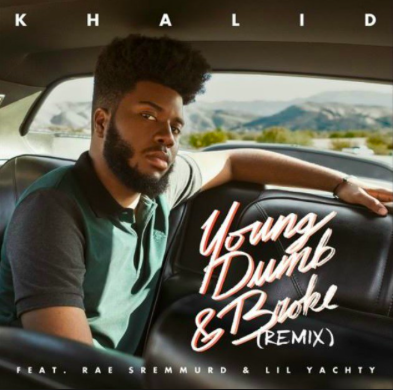 Songs to add to your playlist:

“Slow Hands” – This song just reached number one in the U.S. Niall really changed up the tone that we are used to from One Direction by going solo. A lot of One Direction’s song were of a faster pace and this is more laid back. In the first line of the song we get the idea of what the song is about because it starts off with “We should take this back to my place.” It’s a really good mood-setting song.

“Bodak Yellow” – I really like the song. The song starts with a slow pace and then once the lyrics come in the song feels more serious than originally thought. It also shows a lot of Cardi B’s attitude which I liked because it brings more to the song. It also makes you not want to cross Cardi B. I think this song shows how hard she has worked to get to where she is. She even says it in the song, “Dropped two mix tapes in six months.” This shows how fast Cardi B rose to the top. She also compares her old life to her new life throughout the song.

“Friends” – With this song, Justin Bieber is talking about his relationship with his ex and how he wants to maintain being friends. The beat of this song makes it super catchy and stick in your head. So far, this song hasn’t been overplayed, but I can see that happening since it tends to happen with Bieber’s songs. I think that from the lyrics we can gather that Bieber really wants to maintain a friendship with this ex.

“Young Dumb & Broke” – I really like the chorus of this song and the beat goes really well with it. Since it has a slower beat to it, I think it’s a good song to listen to when relaxing. Khalid really appealed to the younger audience because he himself is only 19 years old. The line, “What’s fun about commitment?, When we have our life to live” really stood out because Khalid is saying why would people commit when they’re young and still full of life.

“Dusk Till Dawn” – This song is a slower beat, but that’s usually what Zayn Malik, former One Direction star, has been releasing since he went solo. I really feel like Sia’s voice adds a lot to the song. They’re singing about how they will be there for someone from Dusk Till Dawn, and I think the song has a really good meaning to it. That is what i liked the most from it.