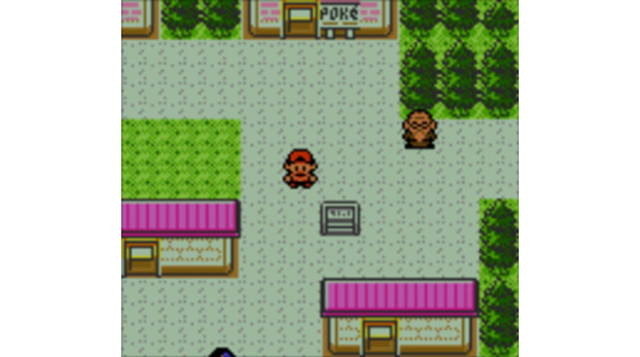 One of the first places you'll visit in the game, Cherrygrove City. Image from Nintendo.com

“Pokémon Silver” was the first game in the series that I played. I put over 200 hours into it, and for most of my life, it was my all-time-favorite game. Now, almost 20 years later, “Gold and Silver” have been re-released on the 3DS virtual console.

These new versions of the game have been slightly updated. Aside from the added features of being able to trade and battle wirelessly (only locally, not online) and being able to transfer your pokémon to the Pokémon Bank, the changes aren’t substantial. Even then, it’s nice to play these games on a modern system without having to resort to using emulators.

Even after all these years, “Gold and Silver” still hold up surprisingly well. It’s refreshing to play a “Pokémon” game that doesn’t feel the need to hold your hand through the first few hours. It’s also very well-paced; you’ll be shifting from battling gyms, going through dungeons and exploring the Johto region in a way that keeps things fresh. Battles are still fun and collecting all the different pokémon is as addictive as ever, with a difficulty curve that is just right.

The core gameplay doesn’t have the improvements and conveniences of the more recent games. Leveling up your team is slower without the experience share item, physical and special moves are still determined by type instead of the move itself, you can only use a TM once before it’s gone and etc. I’ve been playing Pokemon for over 15 years, so going back to these older games isn’t too much of a hassle. Players who have only played the more recent games may have trouble adjusting to the more archaic gameplay, but it’s still pretty easy.

In 2010, “Gold and Silver” were remade as “Heartgold and Soulsilver.” These remakes improved upon almost every aspect of the originals. That being said, there’s still value in going back and playing the older versions. The soundtrack in the original “Gold and Silver” is still one of my favorites, and there’s just something about the old sprites and move animations that delivers a retro charm. It’s worth going back to these games just to see how far the franchise has come since the late ’90s.

I’m not going to lie and say that nostalgia didn’t play a part in my enjoyment of playing these games. There are aspects of “Gold and Silver” that don’t hold up today, but most of the experience still shines as some the games in the series.

The lack of online features is a disappointment and going back to old mechanics is manageable, but not pleasant. While the overall pacing is good, the first couple of hours is slow. Its those shortcomings that earn this game four out of five stars.

Pokémon Bank: A service that allows players to transfer their pokémon from older games into the most recent games.

Emulators: Programs that you can get on your computer or phone that let you play old games for free. It’s illegal, so don’t do it.

Gyms: Buildings where pokémon trainers prove their worth. Beat the gym leader in a battle and you earn a badge.

Experience Share: When holding this item, a pokémon will gain “exp points” even if they don’t participate in battle. It allows them to level up faster.