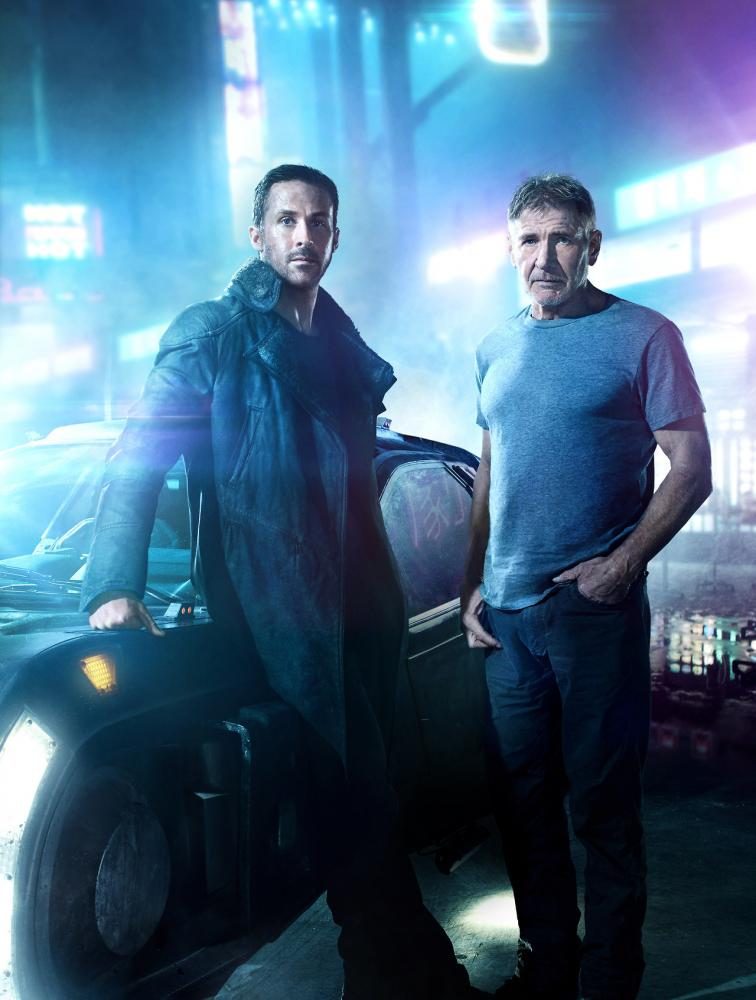 K and Deckard side by side. The neon lights and futuristic-looking car compliment the setting. Image from bladerunnermovie.com

When I saw the first trailer for “Blade Runner 2049” I was worried that it was another sequel with the sole purpose of cashing in on nostalgia without having any substance. That is not the case. This is a fully fleshed sequel that will linger in your mind for years.

Ridley Scott stepped down from the role of director and handed the reins over to Denis Villeneuve, who does a phenomenal job. This movie is absolutely gorgeous with some of the most stunning visuals I’ve ever seen in a film. The bright, neon city, dystopian wastes and the grand, futuristic architecture all come together to create a “2049’s” beautiful aesthetic.

This movie questions the idea of what humanity is: Is artificial life (called replicants) just as valid as natural, organic life? The first “Blade Runner” did this as well, but now packs more punch in this version thanks to the actors and their performances.

Ryan Gosling plays K, a replicant detective whose job is to hunt down older replicants who have gone rogue. Gosling’s performance can be stiff and inexpressive at times, but it’s all in service of his character. Unlike Harrison Ford’s character from the original, Deckard, K is very well-developed throughout the whole movie. By the end, K has gone through an arc that’s surprisingly deep and emotional.

Harrison Ford makes his return as Deckard and delivers his best performance in over a decade. Deckard is old and tired, but at the same time, has more emotion and personality than in the original. While his inclusion in the movie seemed unnecessary at times, it still made sense within the story and Ford’s scenes towards the end make it entirely worth it.

The most glaring flaw in “2049” is that it’s unnecessarily long. A runtime of over two-and-a-half hours wouldn’t be so bad if each minute was used effectively. There are a few shots in the movie that just linger there for way too long and for no good reason. It would be fine if those scenes were used to build suspense but most of them resulted in an anti-climactic cut to a different shot.

Overall the movie is pretty slow but aside from those few scenes that dragged on, I appreciated and enjoyed the slow burn of the plot. I wouldn’t be surprised if this movie gets multiple cuts in the future like the original did, but for now, the theatrical version could use some trimming.

While I would say the movie is too long, I can’t say that I was ever bored while watching it. There are visuals in this movie that are unforgettable and beneath the amazing-looking surface, there is emotional depth and thematic complexity that earn “Blade Runner 2049” five stars.