Drag show for a greater good 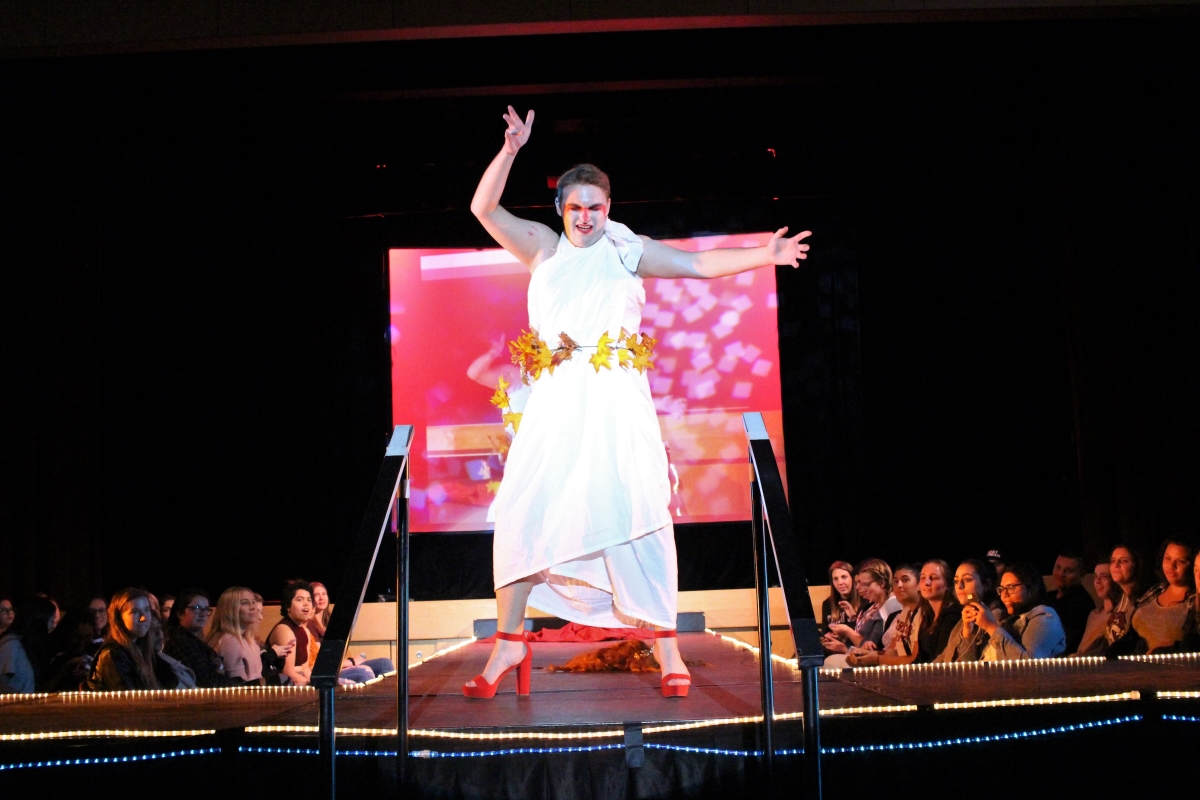 The third annual Chico State Drag Show hosted by the Associated Student Gender and Sexuality Equity Center sold out on Oct. 12 as part of the festivities for “Queer Week.”

Every year, these drag shows have been put on for a greater purpose than just entertainment and art. This year’s proceeds benefit “6th Street Center for Youth,” a local organization dedicated to ensure that homeless youth or young adults have a smooth transition into healthy, independent living.

Many of the performers were Chico State students, along with a performance from Chico State’s hip-hop dance team, ENVY. The show also included a speaker who is currently transitioning that was helped through 6th Street Center for Youth to find a home.

Decorated boxes were passed around the crowd collecting donations for the organization. According to GSEC, it’s estimated that up to 40 percent of homeless youth identify as LGBTQ.

Defined by the Merriam-Webster dictionary, a drag queen is usually a homosexual man who dresses as a woman and performs as an entertainer, especially to caricature stereotypically-vampish women. However, GSEC is looking to define it differently.

GSEC stated in the program that drag is an art, but can have different purposes when it comes to subverting gender norms. Gender identities were not to be assumed of any performers despite what their gender expression appeared to be.

The final act was by Coco La Crem’e, who sang “Freedom” by Beyoncé to finalize the uplifting tone of the night. Coco La Crem’e’s outfit was comprised of a black corset, black stockings and a blonde blown out hairdo, which showed many similarities to Beyoncé’s outfits in the past.

Every performer has their own personal reasons for doing drag. For this drag show, the overall mission was to raise money for a greater cause.