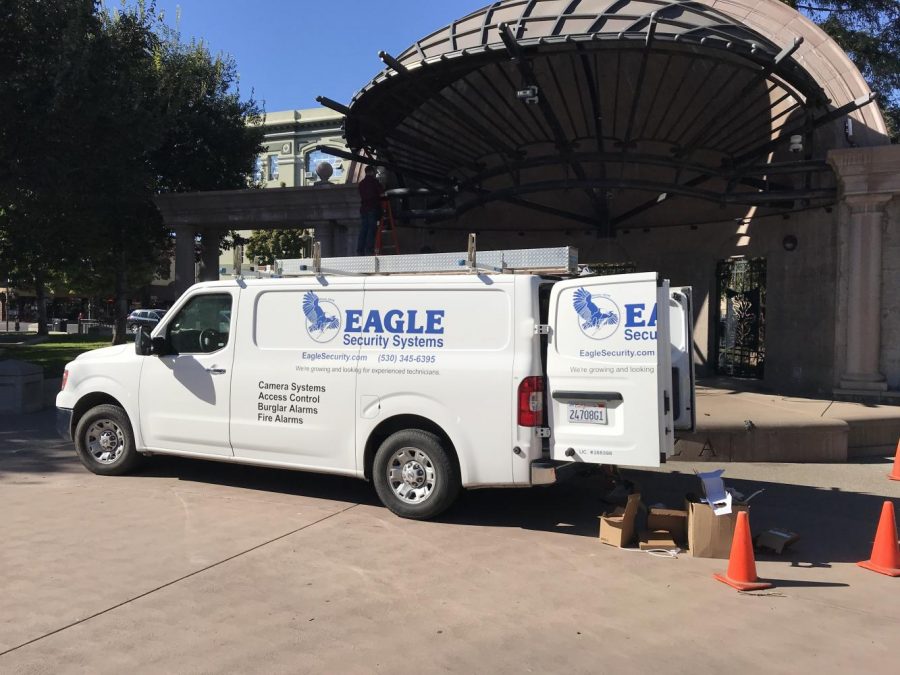 Five cameras are installed in the plaza and will be streamed to the Old Municipal Building.

The City of Chico has spent $20,000 to install video surveillance in the Downtown Chico Plaza to boost public safety.

Public concern for safety in the plaza was a facilitating factor in the decision. It was a pointed issue from the Downtown Chico Business Association and various public safety meetings with the Chico Police, according to Jason Bougie Chico facility manager.

The five cameras being installed are meant to discourage criminal activity like drug use and exchange. Bougie and the City aim to re-focus the plaza as a center for safe family-oriented activity.

“We want to keep this [the plaza] as our center core…This is kind of the gem of downtown and it’s not being utilized to its intended purposes all of the time,” said Bougie.

Future plans include installing cameras in the Downtown Parking Structure, the nearby Children’s Park and eventually One Mile Recreation Area.