Wildcat finally looking up to par 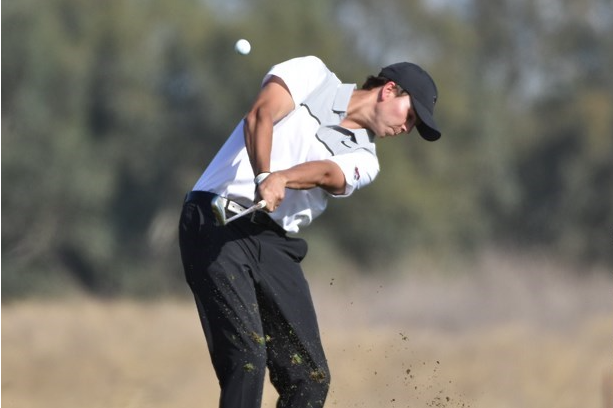 Oliver leads his team to a first place finish at the Otter Invitational. Photo courtesy of Jordan Oliver

The Chico State golf team has begun their fall season and junior Jordan Oliver looks to be a big part of the team’s success.

Oliver shot his best collegiate round ever at the Wildcats’ last tournament in Monterey. He shot a six under and a score of 66 for the round.

“It was my best round I have had and it really felt good to contend to win,” Oliver said.

The goals for Oliver this season are to win a team national title and win a tournament individually.

“I would have been happy with a top ten finish but with my last tournament, the more success the higher my goals will be,” Oliver said.

The fall season for golf is important as it sets the tone for the spring season. The Wildcats are currently ranked number four in Division II, according to Golfstat rankings.

The toughest obstacle for Oliver playing golf at the collegiate level is staying sharp mentally with how long the tournaments are and dealing with life as a student athlete. In men’s collegiate golf, only the best four players on the team travel to the tournaments. The team plays a qualifying round amongst themselves a few days before the tournament to see who will travel. In his first two seasons, Oliver found himself outside of the top four more often than not.

He’s finally traveling now and is impacting his team in a positive way. Oliver, along with fellow junior Kelley Sullivan and senior Colby Dean will look to lead the team to another CCAA championship along with an NCAA championship.

“Chico State gave me the best offer and scholarship,” Oliver said when why he chose to play golf at Chico State. “Chico is unique and I haven’t experienced anything like it here in Chico.”

Oliver is from Huntington Beach and has played golf for most of his life. His dad first got him into to golf but Oliver didn’t take playing too serious until eighth grade.

He is a business finance major here at Chico State. He hopes to someday make it on the PGA Tour but understands how big of a challenge that might be.

With a strong start for Oliver in the fall season, look for him to be a big reason why the Wildcats are contending nationally this spring.

Noah Enns can be reached at [email protected] or @the_orionsports on Twitter.