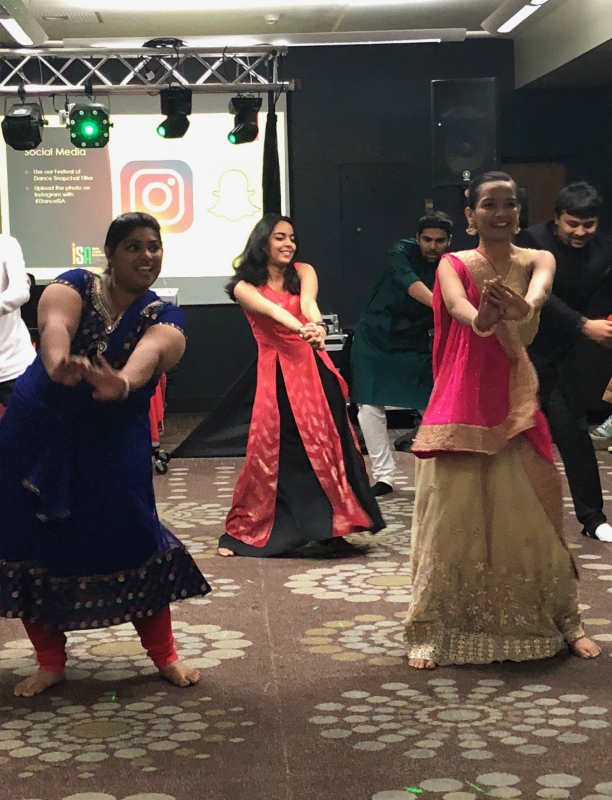 Performers doing the opening dance to the festival wearing their traditional clothes.

The Festival of Dance was thrown by the Indian Student Union here at Chico State. It was a celebration in honor of the Goddess Durga, who is celebrated for nine nights in order to bring positive vibes and energy.

The event featured henna tattoos, games, a photo booth and food. However, the star of the show was the dancing.

The celebration kicked off with people going to an alter where Durga’s portrait was placed, where they move a candle in a circular motion to worship her. After this, the dancing began. At the festival of dance, students from the Indian Student Union showed everyone at the event two dances: one dance in a big circle and the other using metal sticks.

“I liked the dances that they taught us and my favorite was the dance with the sticks because it made people participate and it gave me taste or their culture,” said Vanessa Ramirez, a Chico State student.

The dances that they taught were easy to catch on to and it was very interactive with everyone there. However, just standing back and watching everyone dance was also an option.

Students said that their favorite part about the festival was the diversity and how it’s nice to have a sense of community with people of different backgrounds, especially since Chico State as a whole is very diverse.

“I liked the music, dancing, sense of community and learning about other people’s cultures,” said Jessica Soria, a Chico State student.

The event was filled with a lot of positive energy and laughter. It was really nice to see students come out and participate in an event as well as learning about another culture.