The three pillars of support for sexual assault victims 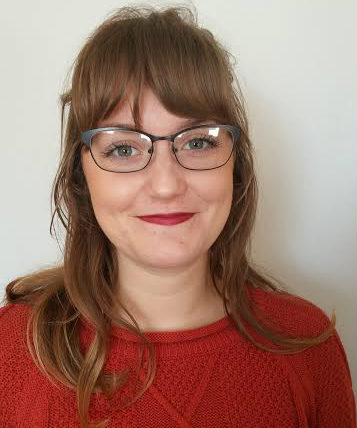 This school year University Police have received six reports of rape on campus.

This figure comes from UPD’s daily crime log which is composed of initial crime reports. These reports are released to comply with the Clery Act, a federal law that requires colleges to report crimes that occur on campus.

Victims are never required to report to police but Chief Reid encourages them to reach out to someone on campus.

“We strongly support and encourage all victims of sexual violence to report the matter to (University) Police or the Title IX Coordinator or the Safe Place Advocate,” Reid said.

According to Chief Reid, when a sexual assault victim does report the incident to police, UPD must investigate the matter to decide whether there is a “serious or ongoing” threat to the community.

Serious and ongoing is a subjective phrase that’s open to interpretation. According to page five of the CSU system’s Executive Order 1107, there are several factors that define this phrase. Because this list covers a variety of reports, each case is analyzed individually.

If a case is labeled as “serious and ongoing” Chief Reid must then release a “timely warning” notice to every Chico State student, staff and faculty member.

“The timely warning notice is really meant to inform the public about an incident so that they can protect themselves. In every act of sexual violence that’s reported either to the police department, to Safe Place (or) to the Title IX coordinator….as a team we conduct analysis,” Reid said. “Do we have enough information that’s credible that it happened? And is there a serious or ongoing threat? If the answer to that is yes then we issue a timely warning.”

Chief Reid consults Chico State’s Title IX office to help decide whether or not to release a timely warning, but Reid ultimately makes the final decision. The Title IX office is a group that investigates sexual discrimination and sexual harassment conflicts on campus. UPD’s jurisdiction can send accused perpetrators to public courts but Title IX’s jurisdiction is constrained by the campus boundaries. Therefore Title IX can only send perpetrators to Student Judicial Affairs on campus where they can be suspended or expelled.

However, UPD and Title IX reports are just a fraction of the total reported sexual assaults on campus. Most reports go to Safe Place, a confidential victim advocacy program that is focused on providing resources and options to students, faculty and staff.

“We offer accommodations in general but specifically academic and housing accommodations,” MacDonald said. “I also talk to them (victims) mainly about interim measures so they can put a no-contact order in place for that person…but it’s specific to campus. (This) keeps the perpetrator from contacting that victim directly or indirectly. So they cannot contact them through texting, social media, walking up to them and saying something or indirectly to a third party.”

Even if a victim doesn’t want to go through a formal investigation, temporary changes can be made to accommodate that person.

“I talk to them about that like those immediate safety concerns and (the Title IX office is) able to put those interim measures in place whether (the victim) makes a formal report or not,” MacDonald said.

Safe Place is unique, however, as MacDonald can keep any report confidential if the victim doesn’t want to pursue a formal investigation.

Title IX Coordinator Dylan Saake said that because Safe Place is confidential, this is the ideal starting place for any victim.

“In the perfect world everyone would be connected with Safe Place, understand all the different options that they have and then make educated decisions about who they want to talk to and what they’re going to do,” Saake said.

“We have made great efforts to get the word out there to let people know that there are services available, to educate people about the rights and options that they have, (and) to make reporting a more viable option,” Saake said. “In April 2018 we will be conducting a campus climate survey that focuses on sexual assault, community attitudes and behaviors (and) healthy relationships.”