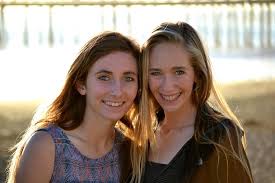 Brittni and Brynn Frace were killed in a car crash this week. Photo credit: Photo Courtesy of Highlands Church

Brittni Frace, a returning student at Chico State, and her sister Brynn died due to a car accident while returning back to Chico Tuesday.

The incident occurred on Highway 198 west of Interstate 5, according to a press release.

Brittni died instantly as a result of the crash. Her sister, Brynn Frace, a first year student majoring in civil engineering, was transferred to the Fresno hospital in critical condition.

It was announced on Thursday that Frace has now passed away.

“Brittni was a kind, hard-working young woman. She was committed to her studies and her sport. And she was an expert in having fun. She brightened Chico State and impacted our XC and T&F teams greatly,” Chico Wildcats Athletics tweeted out.

Alejandra Fraga can be reached at [email protected] or @alifragster on Twitter.