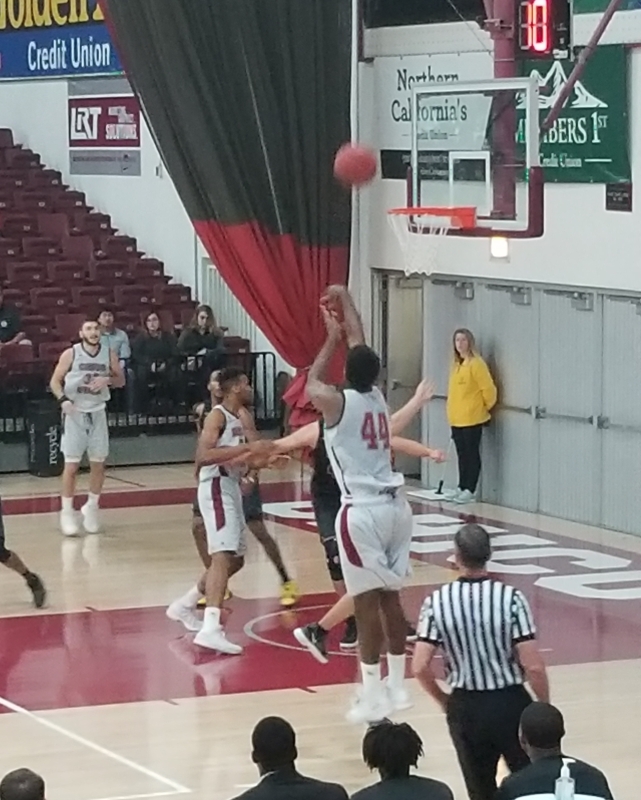 Seniors Jalen McFerren and Isaiah Ellis led the Wildcats to a victory over the Toros, scoring a season high 24 points each.

This is now the ’Cats fourth straight win, with no signs of slowing down.

Their road trip comes to a close Saturday night when they take on Cal State Los Angeles at 7:30 pm in LA.

The women, however, fell short against Dominguez Hills Friday, losing 71-79.

The Wildcats started strong with a 40-32 lead at half, before struggling in the second half and eventually giving up the lead. With 4 minutes left in the game the Toros outscored the wildcats 15-5 leading to the Wildcats loss.

Leading scorer Whitney Branham had an off night shooting and 0-5 on 3-pointers and 6-11 from the free throw line.

Kayla Taylor led the Wildcats with 17 points and seven rebounds in the game.

With the loss the wildcats fall into fifth place in their conference. The team looks to rally back with a win at 5:30 p.m. Saturday against Cal State Los Angeles.

Katalina Santamaria can be reached at [email protected] or @katalinaleanet on Twitter.