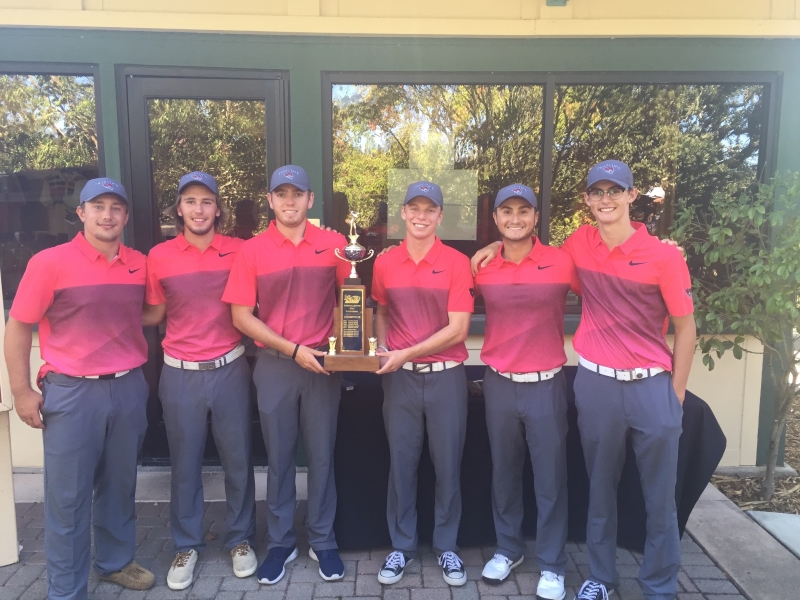 The Chico State men’s golf team is off to an early start by coming back early from break to prepare for this year’s tournaments.

Nick Green is in his second year of being head coach for the Chico State men’s golf team and looks to build a successful team this semester.

The team’s roster is full and competition will be heavy.

“We have 10 players on the team,” Green said. “We have a lot of quality players, we have a very deep roster, you want to have all that depth. In golf you can only travel with five players, so it makes for intense qualifying and tough decisions on my part. Some guys are going to miss tournaments that are capable of going.”

The team has had a successful start to their season, registering first place in their first two tournaments at the Sonoma State Invitational in September and the Interwest Wildcat Classic in October.

During the Otter Fall Invitational, that took place in October in Seaside, California, the men’s golf team placed third out of 19, but struggled during the Miami Intercollegiate, placing 10 out of 13.

“The last one was a little rough,” Green said. “it was a long trip, we flew all the way to Florida, I think that jet lag got to us. Over there, there are a lot of really good teams. That’s the strongest field you are going to see this year, short of the National Championships.”

Now that winter break is over, Coach Green is having his team prepare for their upcoming tournament at Cal State San Marcos on Feb. 5.

“I had the team come back a week before classes started this spring semester to practice and prepare for the tournament,” Green said.

Practicing and preparing for a tournament takes a lot of hard work, dedication and confidence.

“Golf is just like school, if you’ve studied a lot going into a test and know that you didn’t procrastinate and didn’t cram it in all in one day then you are going to be confident going into that test,” Green said. “This game is so much about confidence.”

The Wildcats have their eyes set on the CCAA Championships, which will be held at Butte Creek Country Club in Chico April 22-25.