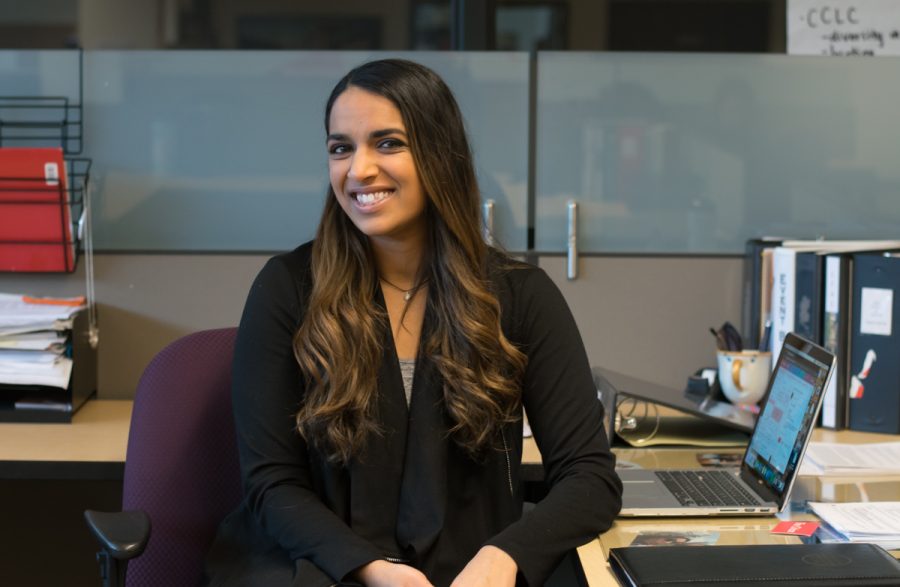 Alisha Sharma is ready to take on new position but still remains focused on past and current goals Photo credit: Kate Angeles

Over winter break, Dylan Gray resigned from his position as Associated Student president. In an email sent out to the entire student body, Executive Vice President Alisha Sharma said Gray left to focus on his last semester at Chico State. Sharma, a third-year project management major is now balancing both presidential positions until a new vice president is hired toward the end of February.

Q: What will be the biggest difference between Dylan’s presidency and your presidency?

A: To be honest, I think it’s not necessarily about my goals because the transition happened so late in the year and we start elections in March…Yes, the president is technically the leader and the vice president is too, but to me, it’s more about the team and our team is so strong and has had such great goals for the whole year. The things I’m passionate about are still going to show and I’m not really considering this my presidency.

Q: Do you want to run for president in March?

A: I don’t know. I have intentions in staying involved with student government next year. I do want to run for something again just because I’ve been so involved with A.S. since my freshman year. At this time, I don’t know what I’m running for.

Q: What’s the main appeal for you in taking on an A.S. leadership role?

A: I get to sit at tables that other students don’t get to. I get to be part of conversations that other students don’t get to. And I’m so passionate about making sure that every student’s voice is heard, not just one type of student…When I’m the only student on a committee, I know that I’m speaking for 17,000 students so I know how much I care about representing not just one type of student but making sure all students’ needs are heard.

Q: How do you learn how to fairly represent those 17,000 perspectives?

A: I always tell my officers you need to spend (time) in your office hours. If you find yourself not doing anything…go visit your other programs (and) go visit those students. If there’s an event happening, we make sure we need to be visible and we need to be present by talking to students in whatever areas you can. That’s how you learn.

Q: What’s the biggest difference in your position now moving from vice president to president?

A: I still have my same agenda from when I started the year…I do think a difference comes with the duties that the president goes to. You have different responsibilities. I chaired the board of directors (and) I go to certain meetings I didn’t go to before. It’s those duties that change.

Q: How has the resignation affected the inner workings at A.S.?

A: So Dylan resigned to focus on his academics and I think that there’s a weight that comes with (that). He was our colleague and we just are so grateful for everything that he did…There are some extra meetings (and) because I am doing both duties right now, there are some things I can’t attend…There’s some areas that we’re going to have to cover but everyone’s so willing and on board to do so.

Q: What kind of person are you looking for to replace you as executive vice president?

The deadline to apply for the executive vice president position is Monday at noon. Sharma said applicants will be interviewed by an A.S. committee throughout February until they make a recommendation to the A.S. Board of Directors, who will then have the final say in appointing the new officer.

Lizzie Helmer can be reached at [email protected] or @lizziehelmer on Twitter.