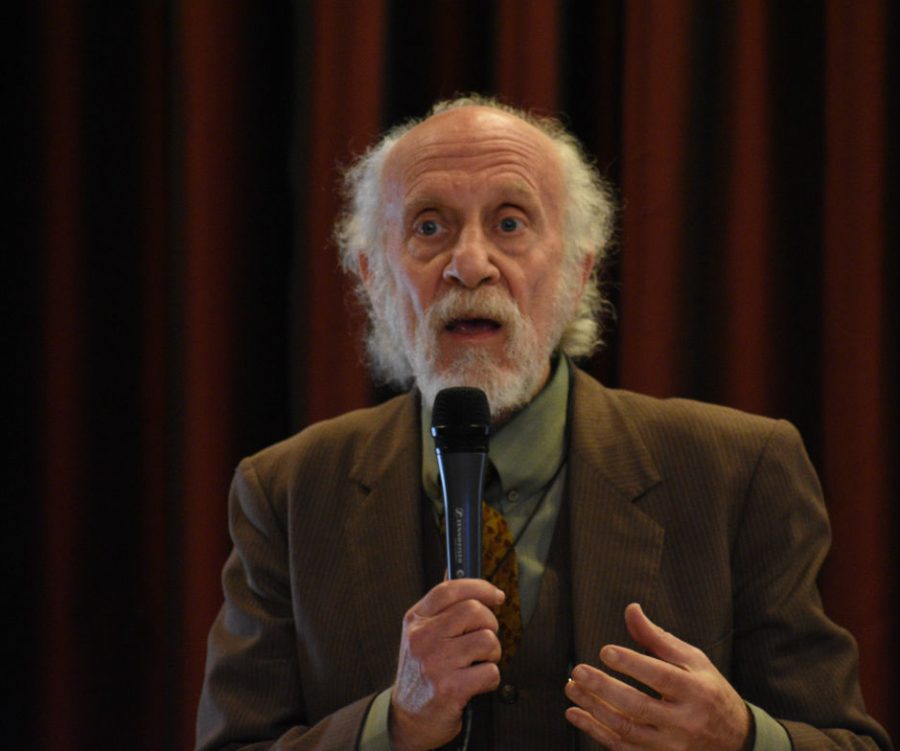 Lewis Elbinger is the only Green Party candidate in the campaign for the first district’s congressional seat.

Elbinger joins a primary race between four Democrats and two Republicans, including incumbent representative Doug LaMalfa. The top two vote-getters in the June primaries will be placed on the November ballot. The Orion sat down with Elbinger and asked him questions about his run for the 2018 congressional primary.

Q: What motivated you to run on the Green Party ticket?

A: In 2016, Bernie Sanders actually won 10 of the 11 counties in this (congressional) district….So I was thinking surely someone is going to step forward and run to represent these things. Well, I waited and I looked around and I waited and nobody came forward…That was a big surprise of course but I feel very strongly that when you see something that has to be done and there’s no one to do it, you have to do it. So that’s the answer as to why I want to be the voice of the progressive Bernie Sanders movement in the halls of Congress.

Q: Why not run as a Democrat like Bernie Sanders did?

A: The Democrats don’t have a chance in this district for two reasons. First of all, they’re an anathema to those who would be on the conservative right. (Second) they thoroughly pissed off the Bernie supporters by the way they conducted themselves in the primaries. Also the way the Democratic Party has behaved itself, still today they have superdelegates. Superdelegates are not democratic. You would think a party would live up to its own name. The name of the party should be an example of the principles by which the organization is run, but that’s not the case.

Q: What makes you a qualified candidate?

A: I have a pretty extensive career. I hitchhiked from Scotland to India when I was 21 years old and I’ve traveled all over the world and I have been traveling ever since. I have two master’s degrees, I have an MBA degree in computer science and I have a Masters of Strategic Studies degree from the Air War College in Montgomery, Alabama. I have a 28-year career in the foreign service where I’ve traveled all over the world….I’m a retired career diplomat. My primary interest is the consciousness of the human race, I’m an experienced world traveler who sees the world whole and I’m a lifelong learner who values wisdom over cleverness. I’m familiar with a variety of languages; Russian, Chinese, Turkish, Hindi, French, German and primarily, though, the language of the heart.

Q: What would be the biggest changes you would make to this district?

A: I want to bring balance to this (district)…I want to be respected as someone who’s balanced. That’s why I say I’m not running against LaMalfa, I’m running for the progressive Bernie Sanders movement…(This movement) is about the people who’s hearts lean towards compassion. That’s why I have three slogans in my campaign; “Government with heart,” “Vote your conscious” and “Keep your voice through net neutrality.”

Q: If you win the primary, how do you think you’ll win in what’s been a historically red county?

A: I think it’s going to be easier to turn a red county green than blue because we don’t have a history of antagonism…Also, a lot of it has to do with respect. I don’t see myself as ‘against’ the Trumpsters and the Berners. Both groups are passionate about what they believe in. Both groups have justifiable anger about how the way the government has been run…President Trump was able to fill up stadiums and get people riled up with a sense of justifiable anger about the way things are going. Bernie did the same. Now, what is the difference? To me the way to transform anger into compassion is to keep the firey energy of the anger and lose the violence…non-violence is a core principle, it’s one of the four principles of the green party. There’s justice, democracy, ecology and peace or non-violence.

Q: How would you improve the student experience in this district?