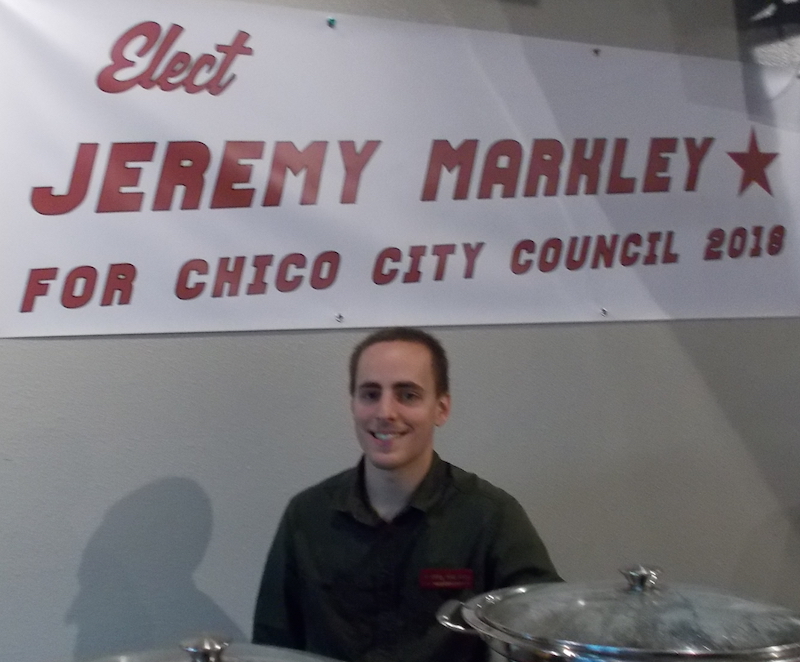 The party started at 5 p.m. with appetizers from the deli and chances for guests to talk with Markley.

Markley addressed the crowd around 5:30 p.m, speaking on issues he sees as important in Chico, including crumbling roads, increasing access to legalized marijuana, and rising housing costs and homeless populations.

He said the current city council has failed to address these and other key issues in a case of “toxic partisanship.”

“I think he’d be great for the council,” Lowe said. “He has enough life experience not to be naive, but he’s still a student, so he understands our issues.”

Before the party ended, Markley spoke to The Orion, imploring students to vote.

“Vote! Freakin’ vote!” he said. “City elections like the ones I’m running for sometimes are decided by less than 100 votes. If students go out and vote, we win. We win every time. We’re a huge part of this community.”