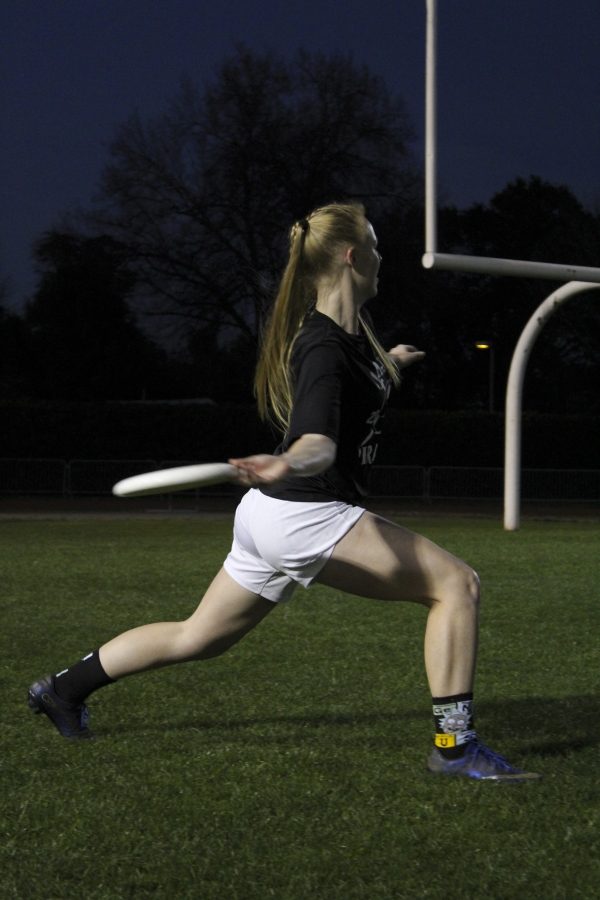 The Women’s Ultimate Frisbee team is on the rise and beginning to fly at Chico State.

The club team has its most members the team has ever had this season with 24. The women’s team was founded in 2000. They play in the Southwest Division while competing in tournaments across California and Oregon.

During the fall semester the team has its preseason of four to five tournaments to play in, including one that is co-hosted with the men’s team here at Chico State.

The team practices on Monday, Tuesday and Thursday from 6 to 10 p.m., each practice lasting roughly two hours.

The spring semester is the regular season for the team, in addition to the four or five tournaments they participate in. Depending on how well the team does determines the length of the season.

The women’s team begins their season Feb. 10 at a tournament in Morgan Hill.

“My main goal is to help the girls out, help the new players, help the old players,” said Katie Daly, a senior cutter for the team.

Daly, the captain of the team, tore her ACL in a tournament last fall in Santa Cruz, however she is committed to staying involved with the team as best she can.

The team goals are to go to bigger tournaments this season. The club is hoping to make it to nationals this season, but has never made it that far.

The team must first advance through sectionals and regionals to make it the ultimate goal of nationals. Last year’s team had the best season of the club’s history, placing eighth at regionals.

It will not be an easy task for the team to make it to nationals, as they compete against multiple teams in the top 20 in their region.

One of the biggest differences in this club from years past is how they have transformed from a social team to a competitive athletic team.

With the season fast approaching the women’s ultimate is looking to make a deep run this spring, beginning in Morgan Hill.