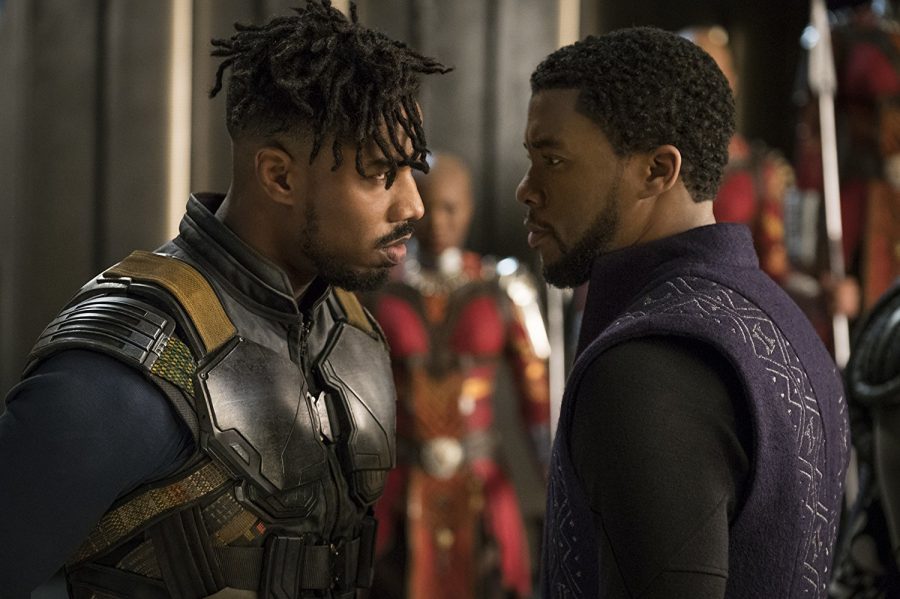 T'Challa and "Killmonger" face to face. image from imdb.com

“Black Panther” feels more like a spy movie than a superhero one, but it makes for one of the best movies in Marvel’s cinematic universe. The fictional country of Wakanda is filled with political intrigue, ancient traditions and technology that is on the razor’s edge. It’s a setting that adds a new dimension to this movie franchise and that’s saying something considering how many Marvel movies there have been so far.

Chadwick Boseman plays T’Challa whose alter-ego is the Black Panther, yet it’s Michael B. Jordan’s role as the villain, Erik “Killmonger,” that steals the show. Boseman does a great job playing Black Panther and his character arc, while simple, makes him a relateable hero that you want to root for. “Killmonger” has a more interesting backstory and Jordan’s performance is the highlight of every scene that he’s in.

The story itself isn’t very complicated, but the setting and characters go a long way in enhancing it. The use of high-tech gadgets and spy tactics make this feel like a James Bond movie, but it works surprisingly well. The political and moral arguments that arise in Wakanda make the movie deeper than most superhero flicks.

The soundtrack and visuals in this are some of the best out of any Marvel movie. Wakanda is a beautiful setting and the character designs are intricate and continue to catch the eye even after you’ve seen them multiple times. The soundtrack adds a lot of personality to the movie, each song fits its respective scene extremely well.

It’s not something that could be said for every superhero movie, but “Black Panther” would have been benefited a lot from an R rating. The action scenes were constantly undermined by the lack of blood. The best fights in the movie are done with bladed weapons so a higher level of violence would have made the overall movie a lot more visceral and matched the tone of the story and setting better.

Watching “Black Panther” made me wish that the character got his own movie a long time ago. Jordan’s “Killmonger” character is so good that it overshadows Black Panther himself. That and Marvel’s usual offering hit and miss jokes clash with what the movie was going and brings the rating down to four stars.