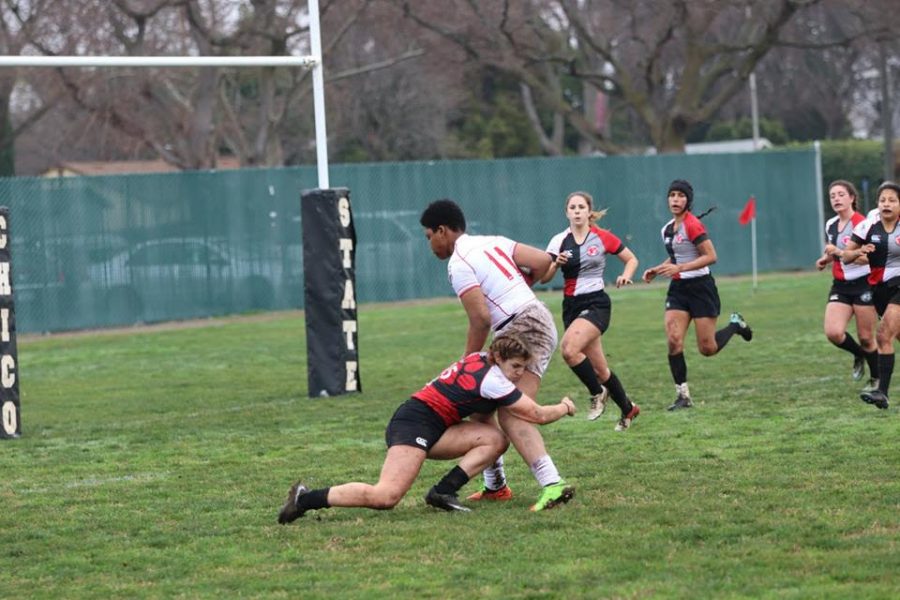 The Chico Women’s Rugby Club is off to an undefeated start to their season. The Wildcats currently rank number one in the nation for the spring semester.

This year’s team is on track to match what the 2001 team did: Win a national championship. The women’s club is currently 5-0 on the season including a win against two-time defending national champion UC Davis.

Experience and good chemistry have been a key for the team so far this season. Six of the team members traveled to Ireland before the season to better understand the game.

“I think we have a lot of players and they are really committed so we push each other and compete for playing positions on the field,” said junior prop Rebecca Kilmartin.

“I think it goes back to our connection on and off the field as teammates,” said sophomore center Hannah Westfall. “We can sense where we are on the field and are in support constantly.”

The club plays in the Pacific Mountain West league and plays each league opponent twice. They have already beaten each opponent once including dominating wins over Stanford 48-17 and UC Berkeley 67-7.

The women’s club continued their dominance in their last game with a 74-7 win against Humboldt. Speed and size have been strong assets for Chico State.

“We have a lot of pace and we work as a team really well,” Kilmartin said.

The most difficult opponent for Chico State has been UC Davis. UC Davis has won the Pacific Mountain West and national championships the last two years. Chico State plays UC Davis one more time this year and the league title could be on the line.

Chico State’s next home games are Saturday and Sunday. Saturday will be the night the Wildcats host UC Davis in arguably the biggest matchup of the year.

If Chico State can hold on to their number one ranking then they will have earned a first-round buy into the Sweet 16 for playoffs. The winner of the spring semester playoffs will compete against the fall semester champions.

“Of course there’s a little pressure cause everyone’s looking to us trying to take our spot but we keep ourselves calm and collected and we help each other stay calm on the field in times of distress,” Westfall said.

Chico State is positioned well to make a run at a national championship. Experience, pace and chemistry will be what they rely on for a successful season of becoming champion.