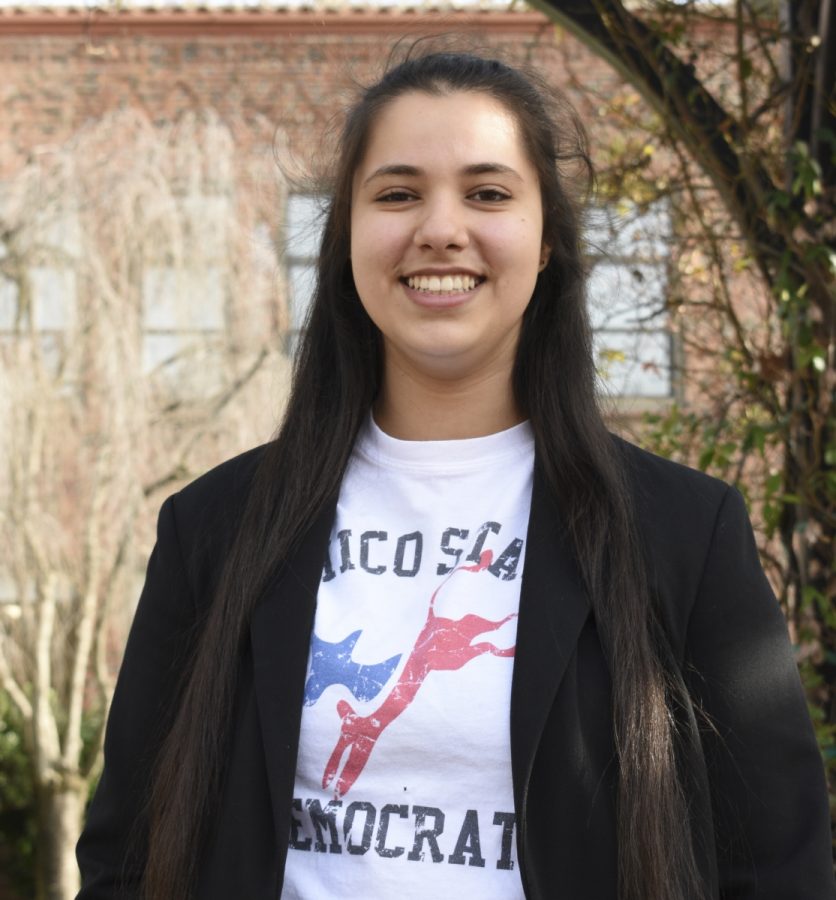 Brigitte Dahrouj encourages all students that are interested in politics to come to a Democratic Club meeting. The club meets every Thursday at 6 p.m. in Butte 223. Photo credit: Alex Grant

This title is one of nine California College Democrats positions up for election. However, unlike many of the other candidates, Dahrouj will face one other opponent. Travis Legault and Dahrouj will compete in the three-day California Democratic Convention this Friday through Sunday.

As a Chico native and a second year political science major, Dahrouj believes she’s more than qualified for this position. The Orion news team sat down with Dahrouj to speak about her campaign and her goals if elected.

Q: If elected, what do you hope to accomplish?

A: My hope as the California Democrats Northern Regional Director is to unite the 15 Northern California Demographic chapters so that we can strengthen the bond between our chapters and become a stronger voice and advocate for ourselves within the state party.

Q: What are your thoughts going into the convention?

A: I’m really trying to learn from this experience…I’m going to be really busy, but I’m also extremely excited and passionate about politics. I wouldn’t be doing this is if wasn’t excited about it and I didn’t like doing it. I’m just trying to learn (and) meet new people.

Q: What sets you apart from your opponent?

A: I have the passion, the drive and the dedication to fulfill this role…I’ve grown up in Northern California and I understand the unique issues that are happening throughout the northern region.

Q: How do you gain people’s support?

A: I think the strongest way to gain people’s support is by showing them that I can do this job. So what I’ve been doing is trying to show people that I can do the job, by doing it. I’ve called campuses and asked them “What do you expect out of your northern regional director?” I want to learn from other chapters what they expect out of this position.

Q: If elected, what would be your role as Northern Regional Director?

A: My job as Northern Regional Director would be to reach out to all of these college Democrat clubs and communicate with them and see what kind of support they need and helping them reach their full potential as democratic chapters on a college campus.

Q: What’s something you would like others to know about you?

A: I am the most northern California person I have ever met. I was born and raised in Chico. My favorite animal is a cow. My favorite city in the world is Sacramento and I use the words ‘hella’ and ‘y’all’ unironically. So as far as that goes, I’m pretty NorCal. I think I’m fit to represent this region.

Q: Do you encourage other students to get involved in politics?

A: Absolutely! If you are a student, if you care, the first step is just showing up. Go to a meeting, ask questions, be curious, (be) open to learning and then if you really feel the passion and desire to do it, run (for office). Don’t run for the title, don’t run to build your resume, run because you care. Because it’s not about the title, it’s not about moving up the latter, it’s about making a difference.