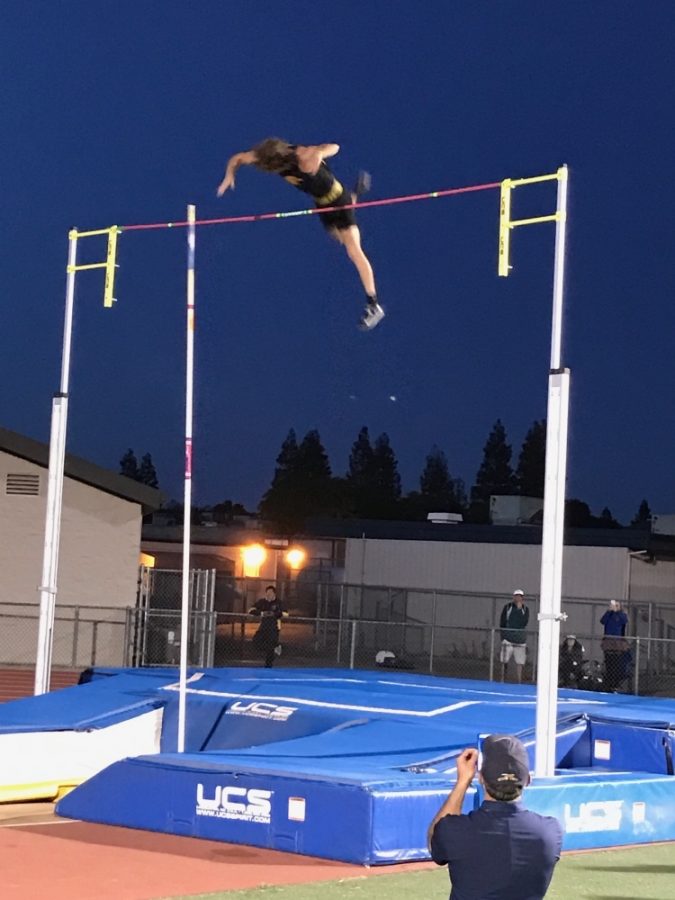 Lance Huber is only a freshman on Chico State’s track team, but he has his eyes set on getting to the Olympics in the future.

Huber is a business major and a pole vaulter for the track and field team at Chico State and is from Loomis, California.

“I want to make it to nationals, make podium in my first year and then, in my second year, make nationals again and win,” Huber said. “The way I am progressing right now with the tools Chico has given me, I’m on the path to do that.”

After college, Huber looks to continue his pole vaulting career, but also has a backup plan.

“Post college, if pole vaulting is something that can take me further, I will take that opportunity, but if not, I’m also taking some flying lessons for helicopter,” Huber said. “We will see if that turns into a career or just an amazing hobby.”

Like most athletes, Huber has a ritual before he hits the field.

“I don’t eat all day before a meet, it’s kind of a weird thing,” Huber said. “I feel I have less weight and it helps me fly over the bar, a little less weight can’t hurt.”

Huber has put in the work to become a collegiate-level pole vaulter and his hard work seems to be paying off.

“We practiced for 10 weeks in the fall, some practices went for five hours and my legs were just done at the end of the day,” Huber said. “I could barely walk, I had to hobble back to my dorm, but overall I got a lot stronger.”

Huber looks to not only have the upper hand physically but also mentally.

“Pole vaulting is very mental,” Huber said. “You have to get into that mindset that you’re not afraid. Because as soon as you have fear step into the competition, you immediately take yourself out.”

He also knows the importance of good coaching.

“Without coaching you can’t be a good pole vaulter,” Huber said. “You need cues at certain points, it’s a lot like gymnastics in that way.”

Huber has one goal that outweighs all others.

“My highest goal short-term is to make the 2024 Olympic games,” Huber said.

With all these goals in mind, Huber knows he must remain true to himself and keep pushing.

“I want to be the best version of myself,” Huber said. “I want to live every day to the fullest.”

Chico State’s track and field team will be in action March 2 through March 3 in Turlock for the Kim Duyst Invitational.

Their next home meet will be the Wildcat Invitational on March 10.