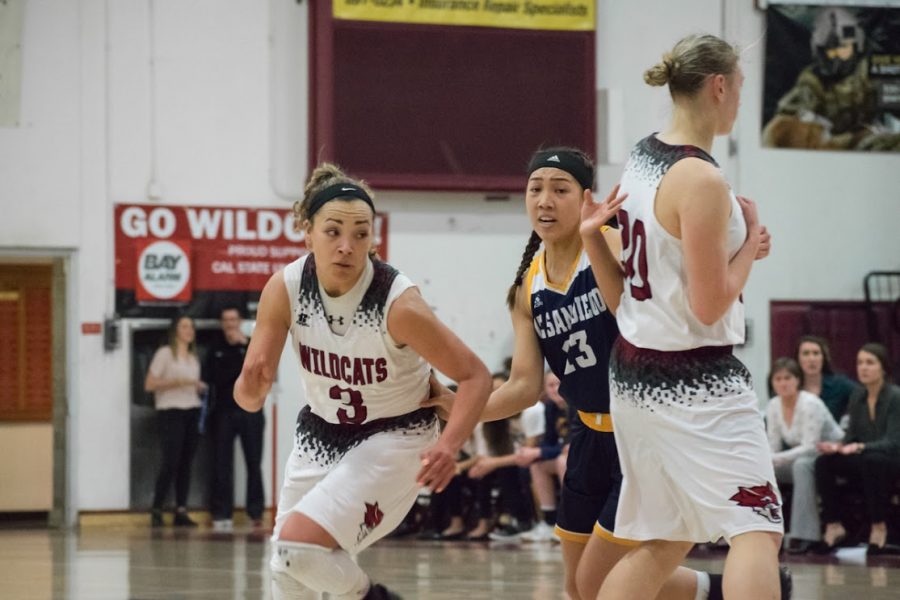 The Chico State men’s and women’s basketball players were awarded with All-CCAA honors for the season as the regular season came to a conclusion.

On the men’s side of the ball, Isaiah Ellis, Jalen McFerren, Corey Silverstrom, and Justin Briggs all won awards.

For the women, Whitney Branham, Kayla Taylor, and McKena Barker were all recipients.

Ellis finished the year averaging 12.4 points per game and 5.7 rebounds, he also led the team in steals with 41, which was eighth in the conference.

Silverstrom won Second Team All-CCAA honors in his final season as a Wildcat as well.

Sophomore Justin Briggs won All-CCAA Honorable Mention. He was second in the conference in block with 38 and averaged 6.4 rebounds per game.

For the women, Branham won First Team All-CCAA honors in her final season at Chico State, her second straight.

She led the CCAA in scoring with 18.7 points per game, 3-pointers with 68, and free throw percentage at 88.1 percent. Branham holds the record for 3-pointers in Chico State history.

She registered career highs in points with 11.8 per game and rebounds with 5.6 per game this season.

Barker registered a career high 10.7 points per game and a team leading 6.4 rebounds per game.