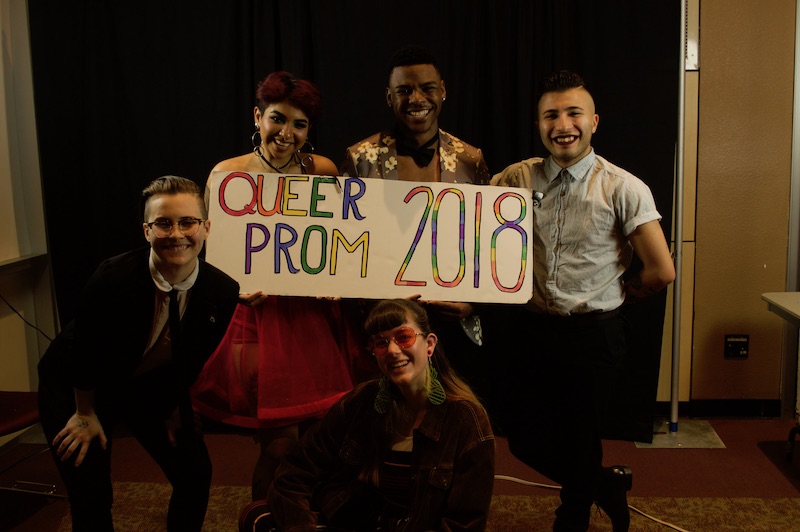 The Gender and Sexuality Equity Center (GSEC) organized and brought to campus its first queer prom dance Saturday at the BMU auditorium.

“My hopes in putting on this event was getting people that comfortability of having a safe drug-free and alcohol-free space and being willing to be who they are in any kind of setting,” said Drew Belisle, a coordinator, “but preferably get to know people that might identify as them and being able to build that family connection.”

The event was free for all students with a suggested donation from $5 to $10.

“I’m really hoping that we get the hype up and set the standard in being able to acknowledge Chico as a diverse community, but also diverse in genders and sexualities and being able to have that safe space here and to keep this legacy going on in the future,” said Belisle.

GSEC partnered with the Chico State Office of Diversity and Inclusion, Stonewall Alliance Center, Prime Time Productions and KCSC Radio to bring this event to campus.

Alejandra Fraga can be reached at [email protected] or @alifragster on Twitter.