Wildcat Invitational a success for Chico State Track and Field 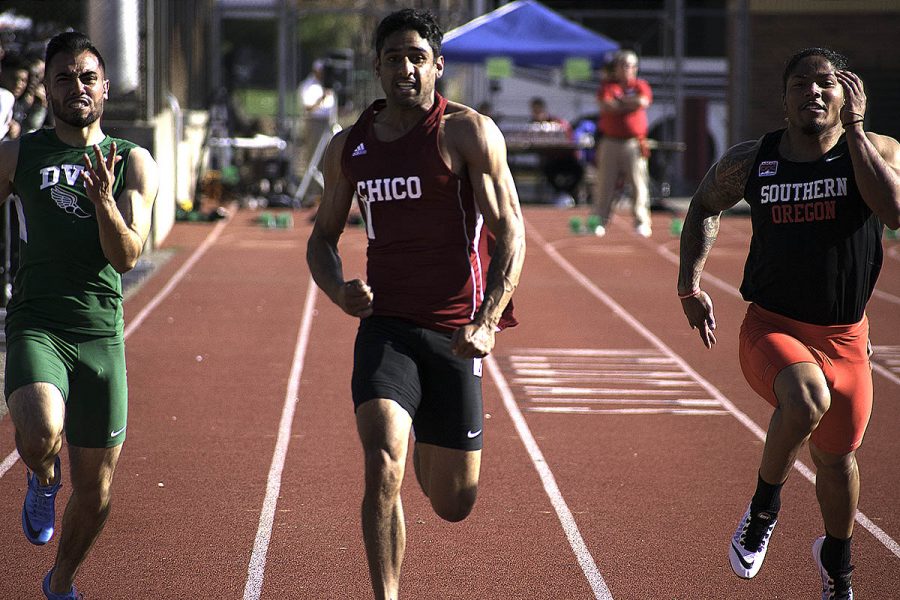 After a few road track meets, the Chico State Track and Field athletes were ready for their first home meet of the year at the Wildcat Invitational held at University Stadium.

The Wildcats were successful in their first home meet of the year taking first place in 16 of the 38 events.

One of the notable first place finishers was Megan Farrell who finished first in the women’s pole vault.

“I came into today amped up, I was ready and excited to go.” Farrell said. “It was the first home meet of the season, so I had to bring it.”

Other Wildcats were also excited about playing in front of the home crowd, including Conor Fisher who finished in second of the 1500 behind teammate Derek Morton.

“It’s nice wake up in your own bed.” Fisher said. “It’s nice to race at home, we had conference here last year, so it’s a good feeling to be back.”

With more than 14 track meets left in the year, some Wildcats are preparing for a long year and using this meet as a stepping stone to get better for the rest of the season.

One of those Wildcats is Elyssa Schall who finished first in the women’s 800 meter dash.

“The 800 felt good, it felt good to go out there and race and not think about time.” Schall said. “It’s the beginning of the season, we have a long one ahead of us.”

Another Wildcat that had the same mentality was Senior Jenavieve Turner who finished first in the women’s 400 meter hurdles.

“I used this day to grow, practice and learn where I can improve in my races.” Turner said. “I wasn’t really outcome oriented, I was just going to learn from them.”

Other first place finishers for the women’s track team were Eva King in the triple jump, Michelle Holt in the 100 and 200 meter dash, and Alexandria Tucker in the 5000 meter run.

First place finishers for the men included Kyle Medina in the 800 meter run, Tyler Arroyo in the high jump, Randall LeBlanc in the pole vault and Jason Intravaia in the 5000 meter run.

The next track meet for Chico State will be at the Sacramento State Hornet Invitational on March 16 and 17.