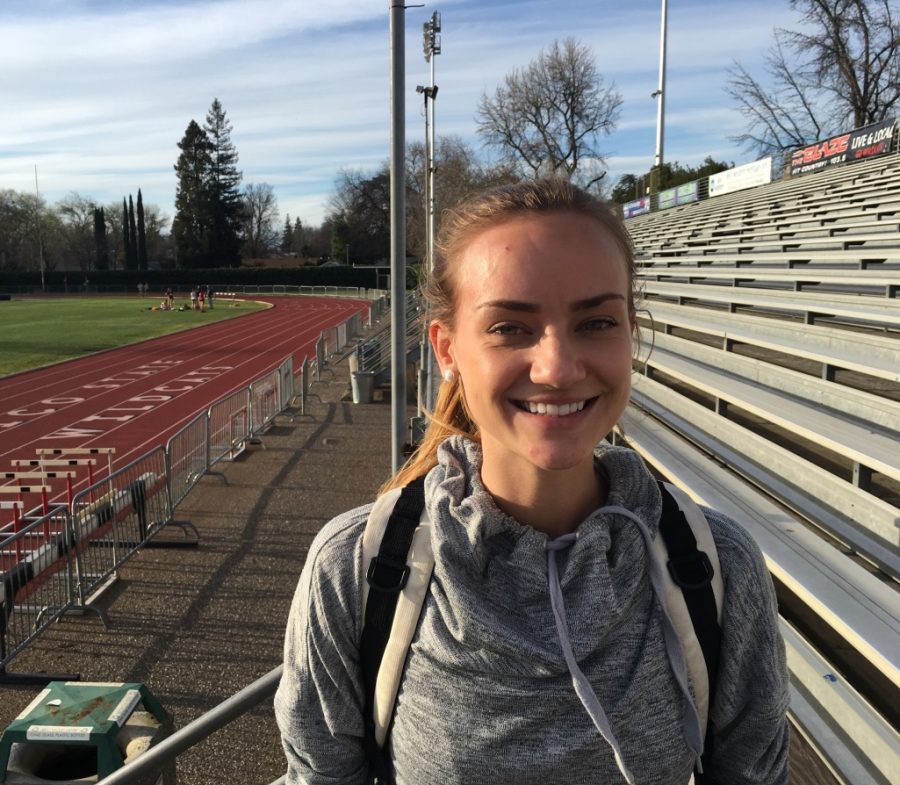 Hard work has been paying off for the Chico State track and field team and last weekend’s track meet results showed just that.

Hasani Barrett and Jenavieve Turner were instrumental in their squad’s victories.

Barrett is a transfer from West Los Angeles College and in his first year on Chico State’s track team. He is the leadoff runner for the men’s 4×400 squad.

Turner, in her final season on the track team, is the current anchor for the women’s 4×400 squad.

Both squads practice regularly, are constantly giving it their all and working hard to become a great team.

“We all put in the work,” Barrett said. “(We) work hard at practice and then on meet days we show up and perform.”

“We all work our butts off,” Turner said.

For Turner the hard work paid off during the last track meet, but it was a different story for Barrett due to the lightning delay.

“After we took that break, everyone had to stop,” Barrett said. “Those of us running the 4×400 were pretty cold. My feet were freezing, my legs got warm, but my toes never warmed up.”

Turner was not surprised by the delay.

“Last time we were in Stanislaus the same thing happened, so I was expecting it,” Turner said. “Over the last four years we have complications at every meet.”

Although Barrett and Turner run the same distance, their roles on the team are different.

Barrett runs from the leadoff position for the men and Turner is the anchor for the women.

Barrett understands his role is important to give the team a push.

“My job is to put my team in a good position and let them handle their business,” Barrett said. “As long as I get my job done then I can do nothing else from there besides cheer on my team.”

Turner, on the other hand, has a different job. She says there are two scenarios to consider when being an anchor.

“You can be getting the baton in the lead and your role at that point is to get the baton and go, run your own race, keep the lead,” Turner said. “The second scenario would be if you get the baton and we aren’t in first or (we are) close to it. Then your role is to chase.”

Regardless of their differing positions, there is one overarching goal.

“Your main role is to bring it home,” Turner said.

As a senior, Turner is looking forward to enjoying her last year at Chico State.

Barrett and Turner both had success in the last track meet and they look to keep achieving success for their team in Chico State’s next meets on Friday and Saturday at the Sacramento State Hornet Invitational.