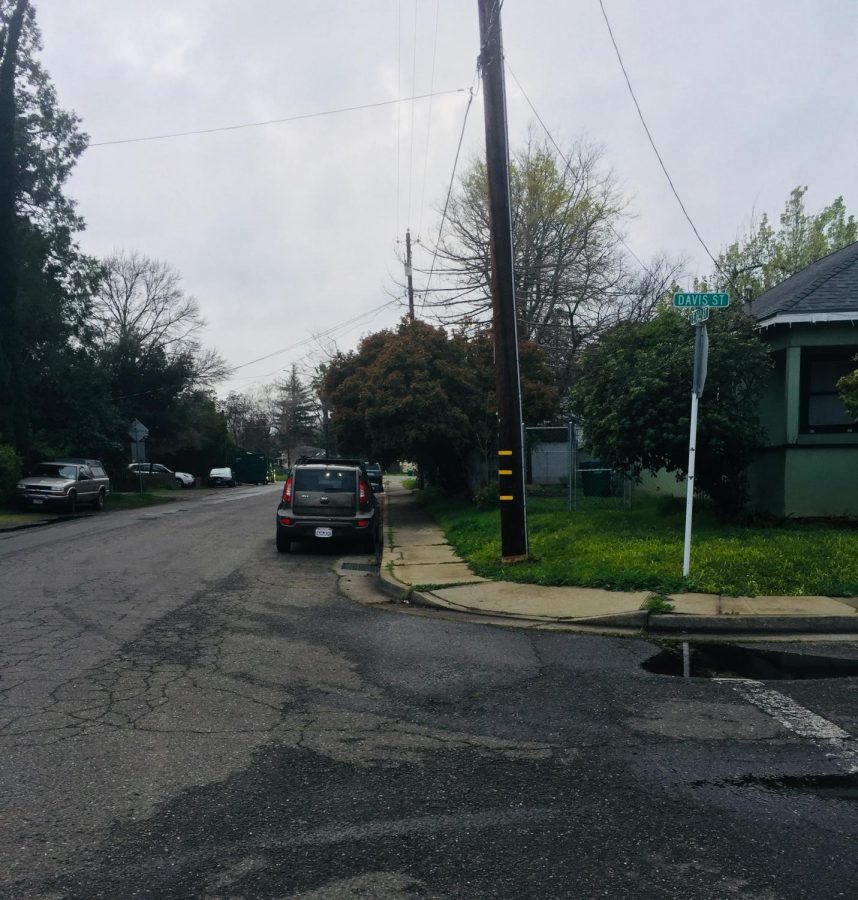 The shooting occurred at the 1600 block of Davis Street in 2016. Photo credit: Josiah Nicholl

Butte County Superior Court Judge Robert Glusman declared Wednesday that the trial for two men charged in a neighborhood shooting has been set for August, according to the Butte County Courthouse.

The two men, Justice Alleyne, 35, and Gregory Williams-Downey, 27, were charged with weapons violations and attempted murder after being arrested on suspicion of shooting and severely wounding 24-year-old Safalo McDaniel on Sept. 1, 2016.

The shooting, which occurred at the 1600 block of Davis Street in Chico, left McDaniel with gunshot wounds to his face and chest.

Police recovered the firearm they believe was used in the shooting-a Heckler and Koch 9mm semiautomatic handgun-under some bushes on Davis Street later the same day. Police confirmed that the rounds found in the gun matched the empty gun casings at the scene of the shooting.

Prosecutors are accusing Alleyne and Williams-Downey of working together to murder McDaniel after Alleyne and McDaniel had a falling-out. One of the shooters, Alleyne, is McDaniel’s cousin.

Both Alleyne and William-Downey have pleaded not guilty to the charges against them and are currently being held at the Butte County Jail in Oroville.

Josiah Nicholl can be reached at [email protected] or @josiah_theorion on Twitter.