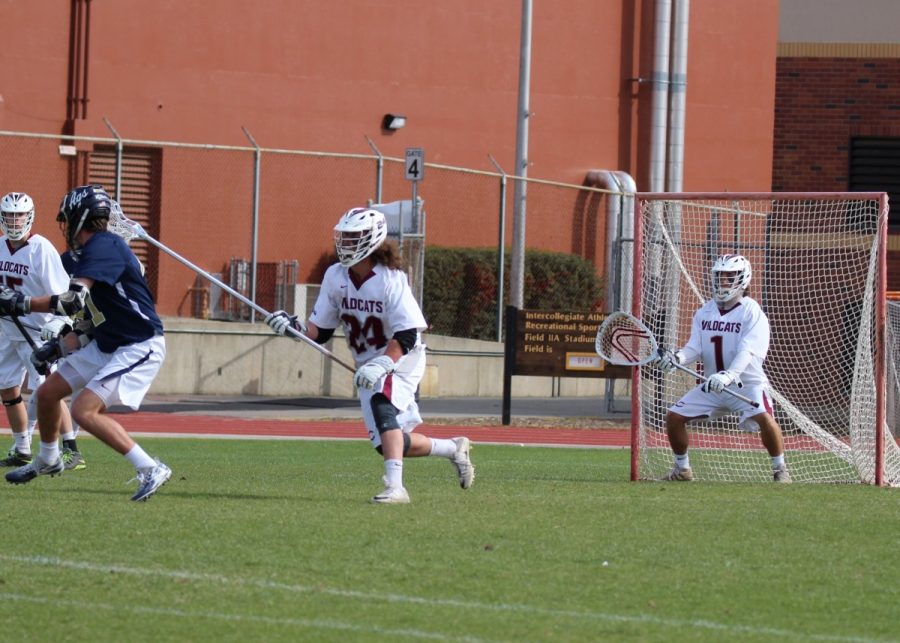 Despite just one win on the year so far, the Chico State men’s lacrosse club team is staying positive with high hopes for the future.

The Wildcats have a very young team this year and are looking to build. Their defense is mostly made up of upperclassmen while the offense is led by primarily younger players.

Head Coach Josh Roden and staff were able to get a lot of new talent this year to use as a building block for years to come.

The new players have been an asset to the team.

This season there has been a good mix of new players and returning players. The club has done a better job of recruiting incoming freshmen and transfer students compared to previous years.

The club is 1-4 so far this season. The win for the Wildcats was at home against St. Mary’s College of Moraga on March 4, with a score of 19-3.

With a new mindset for their physical play, the Wildcats are staying humble and realistic in what could be considered a rebuilding year.

“We’re trying to go over .500 and we’re looking to win more games this year and just build a strong team bond,” said Gavin Risbry, junior goalie for the club. “I was really connected to how fast paced the game was and all of the team work. It’s a huge team sport and everybody has got to be on the same page to have a common goal to win.”

The club competes in the Western Collegiate Lacrosse League, which houses big name schools such as Cal Poly, UC Berkeley and Stanford. Other teams included in the league include Santa Clara, Dominican, University of Nevada Reno and Sonoma State.

The club is open for anyone to join, but play time is not guaranteed. Athleticism and a hard working mentality are factors that may increase the chances of play time.

The ’Cats practice five days a week, with additional team workouts running from 7:15 a.m. to 8:45 a.m. each morning. The team then practices in the afternoon on the field behind University Soccer Stadium or on Yolo Field.

The Wildcats play their games on weekends, with spring being the more competitive semester.

The club has seven games left this season and will need to win at least six more games to accomplish their goal.

Chico State plays its next game at 1 p.m. on April 7 at home. For more information about the Chico State men’s lacrosse club team visit their Facebook page.