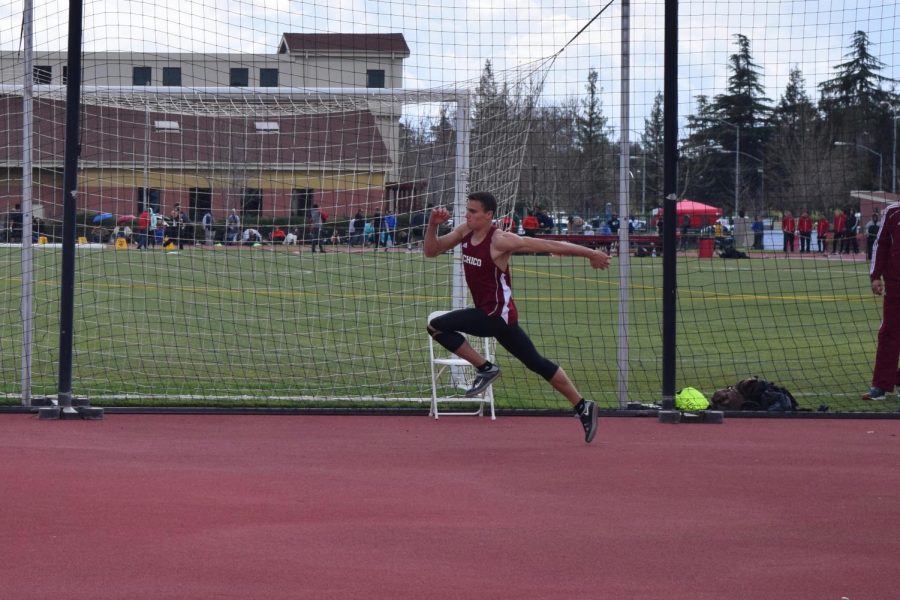 The Chico State men’s and women’s track and field team competed in the Sacramento State Hornet Invitational over the weekend, competing against Division I opponents and leaving with a handful of victories.

Arroyo beat out athletes from Division I schools like Stanford, UC Berkeley, and BYU.

This is Arroyo’s third straight first place finish in the high jump this season.

Another stand out performance for the Wildcats came in the men’s 3000 meter steeplechase, where Kyle Medina (8:51), Conor Fisher (8:57) and Jack Johnson (9:01) placed first, second and third respectively.

Their resulting times place them among the top 10 all time finishes in Chico State history.

Medina, specifically, finished with the second best all time record in Chico State history in the men’s 3000 meter steeplechase.

The women’s 3000 meter steeplechase was another successful event for the Wildcats, as Alex Burkhart finished second and teammate Hailey Boynton finished third.

Chico State’s Derek Morton had two second place finishes, one in the 800 meter run and another in the 4×400 meter relay.

The 4×400 relay team finished in first in their last two meets before the Sacramento State Invitational.

The next track and field meet for the Chico State is March 24 when the Wildcats travel to Arcata for the Humboldt Invitational.