‘This Way to Sustainability’ highlights carbon neutrality and student engagement 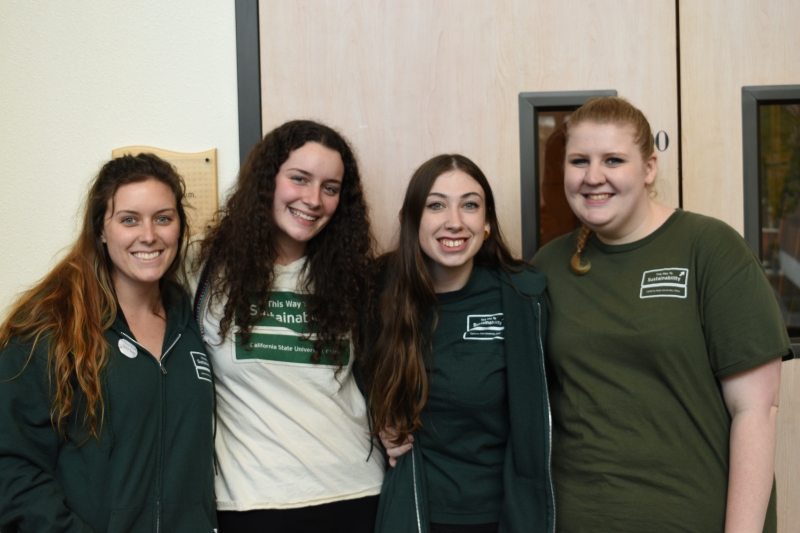 Sustainability driven students and faculty gathered from across the state Thursday and Friday for Chico State’s 13th annual This Way to Sustainability Conference.

One of the largest conferences of its type in the state, the event was organized by The Institute for Sustainable Development (ISD), a college campus group. On ISD’s website, the group states that it’s dedicated to “providing leadership in the development of sustainable solutions to the increasingly complex challenges of tomorrow.”

Breakfast was provided each morning during a keynote presentation. After the first keynote, attendees chose between multiple workshop and speaker sessions that were located in various Bell Memorial Union rooms. These sessions continued all the way until a lunch break from roughly 12 to 1 p.m. After this hour break, a second keynote speaker presented and another block of workshops and individual speakers began.

Roughly 100 presenters spoke at the two-day event, many at concurrent times. The following responses detail some of the events of the second day.

Michal Hanson, one of the student co-coordinators of the conference, said the planning process was extensive. The reviewing process for speaker proposals took over nine months.

Hanson and other coordinators tabled for weeks to get enough volunteers for the event, but in the end everything came together smoothly.

“All the volunteers showed up and people really liked the speakers,” Hanson said. She estimated somewhere over 1,000 people showed up to attend the conference.

This year’s theme was “When will climate neutrality become our climate reality?” This question included a range of related topics like; how universities can plan to go carbon neutral, the importance of student engagement and how to get students involved, and many other topics. 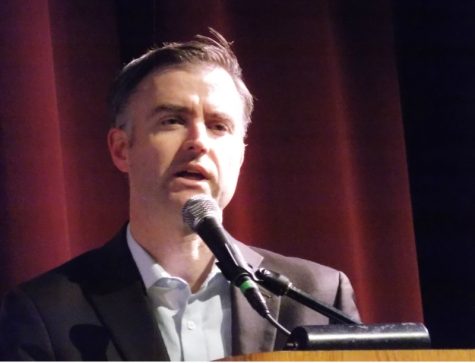 Matthew St. Clair lays out his 4 part-reason as to why universities should to be climate neutral. Photo credit: Josh Cozine

Matthew St. Clair, the director of sustainability for the University of California president’s office, spoke in a talk entitled “carbon neutrality and why universities should be trying to attain it.” St. Clair laid out his reasons why, in four parts, summarized below.

1) Because we have to: If climate science is to be believed, we must act now to stop worse possible outcomes and universities have a mission to serve the public.

2) Because we can: Universities hold a unique position with help from faculty’s expertise and knowledge spanning multiple departments. Together they can make sustainable changes.

3) Because our customers demand it: More and more students are demanding that universities push towards sustainability, as the future generations will be affected if nothing changes.

4) Because it’s our business: Universities were founded with the idea of keeping themselves sustainable. Adapting and trying to mitigate climate change are in line with keeping with these founding principles.

After the presentation, St. Clair opened the discussion for audience questions. 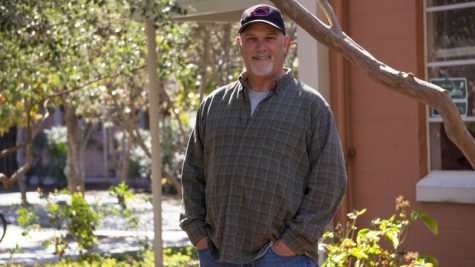 He asked the crowd to raise their hands if they were a Chico State administrator. With this question, Stemen tried to see how many of these administrators were in attendance to hear about the importance of attaining carbon neutrality while plans of constructing a new $101 million science building were in motion. This new building, currently referred to as Siskiyou II, recently came under scrutiny for its proposed use of natural gas. Stemen has previously mentioned that these plans were made despite Chico State’s commitment goal of reaching carbon neutrality by 2030.

Chico State Assistant Chief Engineer Jason Whiteley was the only person who raised his hand.

“It says admin. next to my job title, (but) I’m definitely low on the totem-pole,” he said.

Whiteley said he attended the conference because he was curious about sustainable options. He said he is working to help develop programs for saving energy on campus so some of the speakers and workshops especially interested him, like James Pushnik’s sessions. 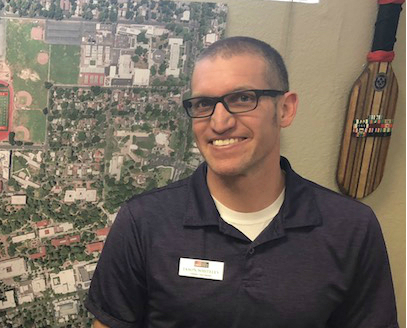 Jason Whiteley is one of the lead consultants on the new science building currently referred to as Siskiyou II. Photo credit: Natalie Hanson

Jim Pushnik, the director of ISD, held a presentation where he shared how to get students involved in sustainability. He also shared his experiences with The Wildcat Sustainability Showdown which he said was an example of a successful energy saving campaign that he and his students developed. In this “showdown,” Shasta and Lassen residence hall members competed to see which building could save the most energy.

When questions were opened to attendees, one audience member from San Diego asked Pushnik how he could improve student engagement when many “students don’t really like doing anything.”

Pushnik laughed and said that while he understood the struggle for student involvement, but it wasn’t fair to say students don’t like to do anything. Often, he said, they’re just busy.

“What (I) did, is I integrated (engagement) into the curriculum, so it’s a part of the assignments that they do.” Pushnik said. “So it doesn’t appear to student’s as something extra. It’s part of their learning experience.” 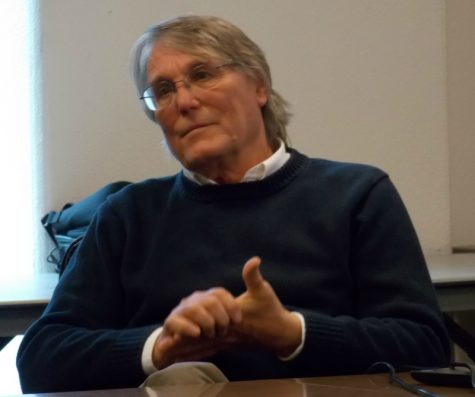 Jim Pushnik, the Director of the Institute for Sustainable Development, hosted a presentation where he showed data collected from a Chico State power saving campaign, the Wildcat Sustainability Showdown Photo credit: Josh Cozine

As for getting the residence halls interested, never underestimate the power of pizza. Pushnik said the showdown was framed as a competition with the winning hall getting a pizza party, which was more than enough to motivate the student-residents.

Thomas “TJ” Butler and Ashley Sweeney from Cal State East Bay shared another campaign called #60secondsforsustainability. The videos, slightly longer than a minute with intro and credits, share quick, easy tips to inform students of ways to be more sustainable on university campuses. 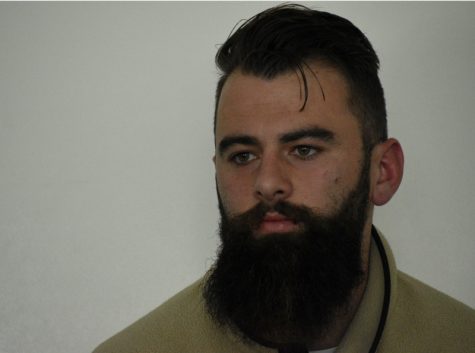 The Youth Eco Summit saw more than 40 high school students from five different high schools discuss ways to get involved in sustainability as they transition to higher education.

Baxter said she was excited by the conversations these high school students were having.

“Quite a few we’re talking about the use of mass amounts of plastic,” she said. 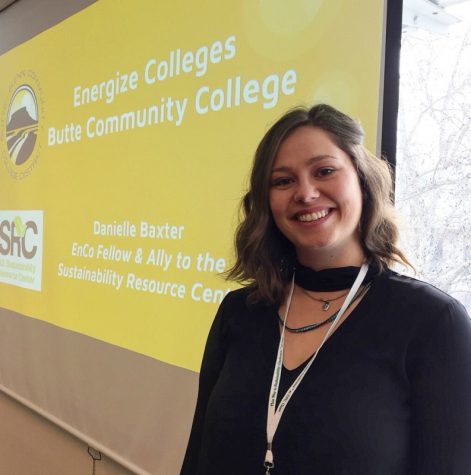 “A few were talking about entering the fashion industry, the use of microplastics and its toxifying effects on the environment, and using more natural materials for clothing,” Baxter said.

Through her work with Energize Colleges, Baxter has hired 10 interns, each with the goal of continuing further outreach to high schoolers on how to get involved in sustainable practices.

Hanson said after the conference that all told, “around 80 proposals for presentations were accepted, with around 120 speakers.” 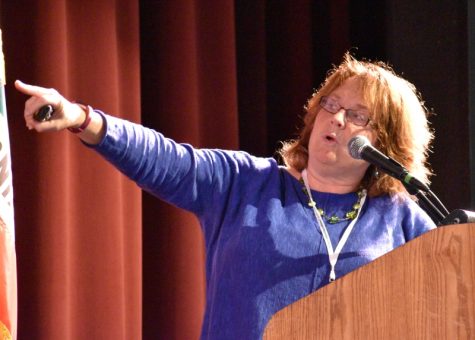 Kimberly Prather, the chair of Atmospheric Chemistry at UC San Diego gave a keynote presentation focusing on how humans are contributing to climate change and how people can make a difference. Photo credit: Alex Grant

ISD also announced that it would be hosting Xiuhtezcatl Martinez on April 16 from 3 to 5 p.m. in the BMU.

For more information on This Way to Sustainability, or upcoming events, check The ISD’s website here.