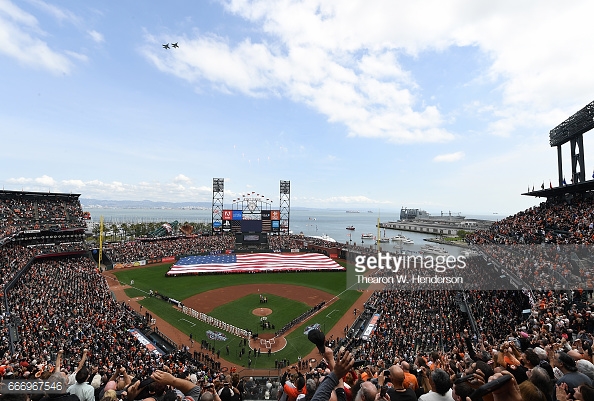 With opening day a week away, it’s time to start thinking about Major League Baseball again. Spring training is wrapping up and teams are making their final roster cuts. Baseball fanatics everywhere are feeling antsy patiently waiting to see how their favorite teams will perform this year.

With Chico having no professional sports team, many students and locals are fans of teams from northern or southern California, such as the Oakland Athletics, the San Francisco Giants, Los Angeles Angels and Los Angeles Dodgers.

To give you a better sense of what to expect from your favorite teams, let’s break down their strengths, weaknesses and an X-factor. 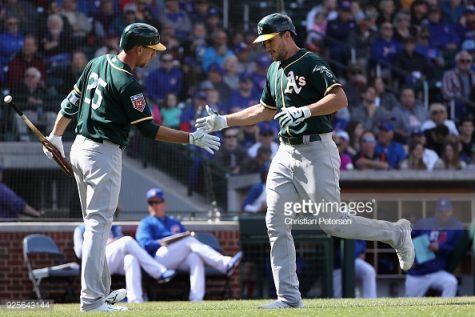 Strengths: The Oakland Athletics have one of the youngest lineups in the major leagues and, typically, that means less injuries. Matt Olson and Khris Davis also provide the A’s with some solid power. Davis hit 43 home runs last year while Olson hit 24 in only 189 at bats, so look for Olson to really break out this year.

Weaknesses: The A’s rotation and bullpen is full of question marks. The returning pitchers are not what you would call star caliber either. Kendall Graveman and Sean Manaea both had ERAs north of 4.00 last season, and Daniel Mengden and Paul Blackburn could be promising, but they are both relatively inexperienced still.

X-factor: The Oakland A’s traded away prized pitcher Sonny Gray last season to the New York Yankees and one of the key prospects they got in return for Gray was Dustin Fowler. Fowler will likely start in center field this season, so look for him to have a big impact on the team.

Strengths: The San Francisco Giants made a couple upgrades to their lineup this offseason, adding outfielders Andrew McCutchen, Austin Jackson and acquired third baseman Evan Longoria. With Buster Posey, Joe Panik, and Brandon Crawford still in the mix, their lineup looks like it will produce a lot more runs this year.

Weaknesses: The Giants’ bullpen was their biggest weakness last year and it doesn’t look like it has improved much this season either. If Mark Melancon, Tony Watson and Sam Dyson don’t turn it around this year, the team could be in serious trouble.

X-factor: One of the highest paid players for the Giants is pitcher Jeff Samardzija. Samardzija is currently the number three pitcher on the Giants’ roster and he needs to perform like it to round out the trio of Madison Bumgarner and Johnny Cueto.

Strengths: The Los Angeles Angels have a potentially powerful lineup with hitters like Ian Kinsler, Zack Cozart, Albert Pujols and, of course, Mike Trout. Each of these hitters crushed over 20 home runs last season, so they can only hope that will continue. Trout, the best five tool player in baseball, also needs to be on the field and healthy to ensure a successful season for the Angels.

Weaknesses: The Angels’ starting rotation is very much unproven and their bullpen is not too strong either. Garret Richards has been solid number one, but there seems to be a steep drop off after that. Andrew Heaney and Tyler Skaggs are not exactly prime options and Matt Shoemaker had an ERA of 4.52 last season.

X-factor: The Angels brought in the highly touted Japanese star Shohei Otani this winter and he will likely determine how successful they are this season. Otani is a rare player who was recruited as both hitter and pitcher. He will likely get at bats in the designated hitter role and pitch every fifth game for the Angels. However, his spring training numbers have been rough, so we’ll see.

Strengths: The Los Angeles Dodgers have the luxury of being one of the few teams with a very talented young roster. Shortstop Corey Seager, center fielder Chris Taylor and first baseman Cody Bellinger are three young superstars in the making. they are leading the way for the offense behind ace Clayton Kershaw.

Weaknesses: After Clayton Kershaw, the Dodgers’ rotation is kind of shaky. Alex Wood, Kenta Maeda, Rich Hill and Hyun-Jin Ryu currently make up the rest of the roation and they are all very injury prone pitchers. While all with the potential to be sharp at times, all have just as much potential to land on the disabled list.

X-factor: One of the most undervalued talents on the Dodgers is outfielder Yasiel Puig. Although sometimes he is a bit dramatic, Puig is very capable of hitting .275 with 30 home runs in a season. If he can focus and dial in consistently at the plate, the Dodgers could be a very formidable team this year. Another X-factor for the Dodgers will be the injury bug. Justin Turner recently broke his hand on a hit by pitch and the Dodgers can only hope his injury does not linger.